Representing one of Africa’s leading national oil companies (NOC) from one of the continent’s top hydrocarbons markets, Sonangol continues to be a driving force of Africa’s energy growth. Joining other African NOCs in Cape Town for the continent’s premier energy event, the Angolan NOC has officially been confirmed as a diamond sponsor of African Energy Week (AEW) 2021. Through its sponsorship, Sonangol has not only further emphasized the importance of AEW in 2021 and beyond but has positioned the NOC at the forefront of Africa’s energy future.

Responsible for the management of oil and natural gas exploration in Angola, state-owned Sonangol has led the country’s hydrocarbon success story. The company has an active presence across the value chain, including exploration, production, processing, transportation and marketing of hydrocarbons. With over 9 billion barrels of oil reserves and 11 trillion cubic feet of natural gas, Angola is one of the world’s top hydrocarbons markets. As the NOC, Sonangol is committed to ensuring the effective monetization of these resources, with the aim of accelerating socio-economic growth nationwide.

The value of Sonangol derives from the fact that the company represents both the Angolan government, managing assets on behalf of the state, as well as the people of Angola. Accordingly, the company places the Angolan population at the forefront of its activities, with the aim of addressing energy poverty, enhancing industrialization, and leading the country into a new era of enhanced development.

Among the company’s strategic goals for the 2018-2022 period, Sonangol is enhancing its technical capacity and further developing its human capital. In light of this, Sonangol has redirected a focus on upstream activities, emphasizing the role that oil and gas will continue to play in Africa’s energy future. Sonangol is committed to working closely with international oil companies, regional stakeholders, and global financiers to fast-track industry expansion. At AEW 2021, Sonangol will drive this narrative, promoting Angola’s investment opportunities and emerging project developments, and making a strong case for the role of hydrocarbons.

“Sonangol has made notable efforts to remain competitive, profitable, and sustainable, and will come to AEW 2021 to promote Angola’s hydrocarbons potential and the role that regional partnerships will play in the continent’s energy future. Working closely with the government as well as regional and international players, Sonangol has managed to position both itself and the country as an attractive and competitive investment destination. Angola’s oil and gas reserves have the potential to drive Africa’s socio-economic growth, and with Sonangol taking the lead, Angola is well on its way to become a global hydrocarbons giant,” stated NJ Ayuk, Executive Chairman of the African Energy Chamber (AEC).

In addition to attending and actively participating in AEW, Sonangol has officially been confirmed as a diamond sponsor. As a top level sponsor, Sonangol will facilitate successful panel discussions, high-level networking events, and engagement sessions, taking on a proactive role in the event agenda, and further consolidating AEW 2021 as the biggest, and most transformative energy event in 2021 and beyond. In Cape Town in November, Sonangol will sign deals and make decisions with African stakeholders that will revolutionize Africa’s energy sector.

“The AEC is proud to announce that Sonangol has been confirmed as a diamond sponsor for AEW 2021. This is huge for AEW 2021. With the support of one of Africa’s top NOCs, AEW 2021 is set to be a transformative event for the African energy sector. As a diamond sponsor, Sonangol recognizes the value of AEW 2021 and the role that NOCs will play in attracting investment, driving development, and leading the continent towards enhanced energy independence and self-determination. We are proud to have Sonangol on board and excited to see the opportunities and deals that will be presented at AEW 2021 in Cape Town,” continued Ayuk.

AEW 2021, in partnership with South Africa’s Department of Mineral Resources and Energy, is the AEC’s annual conference, exhibition and networking event. AEW 2021 unites African energy stakeholders with investors and international partners to drive industry growth and development and promote Africa as the destination for energy investments.

For more information about African Energy Week, please visit www.AEW2021.com or www.EnergyChamber.org and/or reach out directly to Amina Williams at amina.williams@energychamber.org 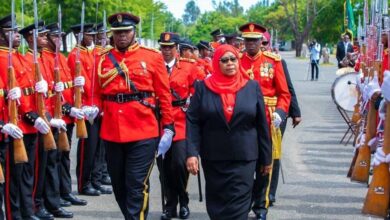