Hon. Adebayo David Alarapon is an aspirant for Akure North/Akure South Federal Constituency, Ondo State in an imminent bye-election following the demise of Hon. Adedayo Omolafe (Expensive) who occupied the position until his death in August 16. Alarapon, a top contender for the Peoples Democratic Party’s ticket for the election is a gentleman politician who has made his marks in politics and business. He was a Special Assistant to Governor Olusegun Mimiko and later became the Chairman of Akure South Local Government Area. In this interview with Michael Adeboboye, he spoke on his experience, aspiration and other issues of interests. Except:

You served Ondo State Government as a Special Assistant to Governor and later, your people in Akure South Local Government as Council Boss. How has it been outside government?

We can say a tragedy struck your federal constituency, precisely August 16 when the news of the demise of Hon. Adedayo Omolafe (Expensive), who represented Akure North/Akure South Federal Constituency in the National Assembly broke out. What’s the general feeling among the people of the federal constituency?

Like you have said, it was a catastrophe. Nobody ever expected Omolafe to have died at that point in time. Omolafe was a good friend of the people. He’s so popular and extended compassion beyond Akure North/Aure South Federal Constituency. He cut across the political parties. We missed him so much and will continue to miss him. His demise has left a big vacuum that whoever wants to step into that shoes must be ready to work. It is a push for whoever that would be fielded for the position. Such person has to work and be ready to serve the people.

Specifically, what would you say are the effects of the vacuum created as a result of Omolafe’s demise?

Omolafe was a rallying point in many areas. He was a problem solver and a philanthropists per excellence. He’s missed for his philanthropy. When you have a problem and meet him, he tried his best to put smiles in the faces of his people. He was doing not only for the members of the PDP, he helped regardless of political party affiliation. He was loved by both his party members, other political parties and the society at large. His death created vacuum in many of these areas that I have mentioned. His opened door policy is second to none. He’s one of the Akure sons that have made indelible marks in the society. Our party, the PDP and the entire Akure community will never forget his good works.

You were one of the top contenders for the PDP’s ticket for House of Representatives towards the 2019 National Assembly Election. You participated in the party primary which was won by the late Ho. Omolafe. How would you describe the experience back then?

My experience back then was that I was able to work with people and know much more about characters. It let me get the deeper knowledge of the grassroots politics and party members’ behavior especially the delegates. It was a nice experience and I am happy I participated in the primary. The experience further gave me more knowledge which reshaped some political thinking that are now helpful to my future political endeavours.

Your federal constituency is made up of two local government areas; Akure North and Akure South. The late MHR, Omolafe was from Akure South Local Government. Some opined that since untimely death did not allow him to serve his four year mandate completely, it would be morally right to pick a replacement from Akure South Local Government Area to complete the tenure while some opined that the two local governments have the legitimate right to produce replacement for a bye-election. We have seen aspirants showing intention in Akure North Local Government Area. What’s your reaction to this?

Like you said, our federal constituency consists of two local government areas; Akure North and Akure South. To be fair, both local government areas have stake in the federal constituency. Anybody can aspire for position into the House of Representatives to represent in the national assembly. Legally, if it’s not for the death of Omolafe, the mandate is for four years. But he died before the end of the four years. So painful and unfortunate, but we cannot question God. However, people feel it is morally right that a replacement to complete the tenure should come from Akure South Local Government Area which happened to be Omolafe’s local Government. Even at that, I think no aspirant from both local government areas would like to be shut out from contesting for the party’s ticket. We are still awaiting the position of the leadership in the two local government. I believe the best that would please all aspirants would emerge from them.

Once again, you are aspiring for the PDP’s ticket to fly the party’s flag in the imminent bye-election that would be conducted to complete the tenure of Hon. Omolafe. Would you agree to a consensus arrangement or thorough party primary for the emergence of candidate?

Obviously, I won’t, because picking a consensus candidate does not represent the wish of the people. The delegates should be allowed to exercise their rights to avoid crisis because these are the same people you would still need for the general election. Imposing a candidate on them is not the best.

When you get your party’s ticket to flag its flag for the bye-election and eventually win to become a representative of Akure North/Akure South Federal Constituency, what should your people expect from you?

We should all know the fact that the House of Representatives is a lower house of the National Assembly. Anyone elected into the national assembly is a legislator and the function is to make and amend laws for the benefit of the citizenry.  As a legislative house, there’s also the oversight function and deliberate functions. The national Assembly is the custodian of National finances. It also serves as an arm with checks and balances responsibility. In all these, I will do the best of my knowledge and always support laws that will be an improvement to the lives of all Nigerians and strengthened democracy in our country.

I have known where the shoes pinch as a grassroots administrator, therefore, bills that will create wealth and make life more meaningful to my constituency will be given unrivalled priorities. Definitely, I’m on mission to redefine representation in Akure North/Akure South Federal Constituency. I want to ensure that projects for my constituency will be ones that have direct bearing on my people. I have so much in my legislative agenda and basically, it’s all about strengthening democracy in Nigeria, ensuring consistency projects are executed to have direct bearing on my people. Personally, my people have to enjoy a serious leadership that cares about their welfare. So, series of real empowerment programmes shall be regular feature of my representation. The late Omolafe had done a lot for our people. This is a challenge for me to take from his compassionate gesture and surpass his remarkable achievements. 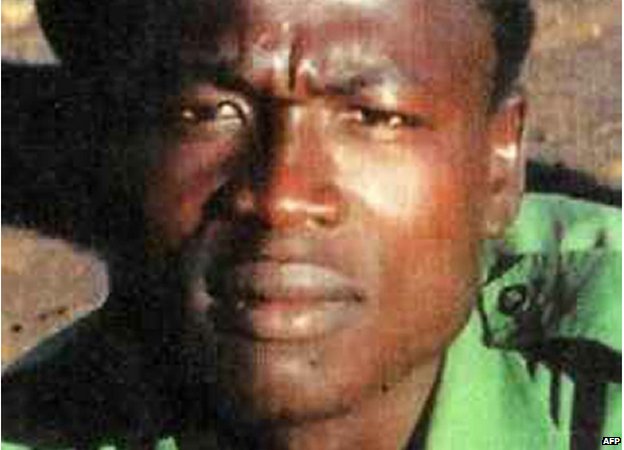