Saturday 11th December 2021 all roads will be leading in Sierra Leone’s capital Freetown to the state of the art Bintumani Conference Centre as the Fourah Bay College Student union government will be staging its first ever Mr. and Miss FBC Contest and Awards night ceremony. A show that will attracts past and present students of Fourah Bay College and other people from all walks of life in the country.

25-year –old Arfan Turay is set to make history as the first Law student in the country to have ever contest and appearing in the country’s fashion industry and modelling. Arfan hopes to change the dynamics and myths that surround the modelling industry as most people in Sierra Leone think that those that are involve in it are drop outs. Turay speaks to our correspondent in Freetown Ishmael Sallieu Koroma in an exclusive interview about his passion for the modelling and pageantry area  even though he is pursuing law  as a career  but still  sees modelling and fashion as another area to based his dream on  and  to actualize it .

PAV: Many thanks for accepting our interview request first let’s start by telling us about yourself and who you are?

Arfan Vux Turay: My name Arfan Vux Turay. I am 25 years old. I am a religious person. I like football. Presently I am a final Honours one (1) student in the Faculty of Law at Fourah Bay College, University of Sierra Leone.

PAV: You are running as one of the contestants for the Mr. FBC title tell us what inspires you to go for the crown?

Arfan Vuxs Turay: For far the too long we have been seeing that, the celebrity game has been clouded by people of low mentality and drop outs in the country. I want to change that myth and conception that pageantry and fashion is for intellectuals, it is for knowledgeable people, it is for university students, people that are outstanding, people that are able to stand firm for their country, people that are doing things beyond expectations. Thus on that note I thought it fit that, I need   to go for the crown. I see it as a call for me to stand for Mr. FBC because I have the passion to becoming the king of FBC. Many people out there normally say, Law student do not engage into fashion business; I Arfan Vux Turay I am trying to break that ideology. Yes because the legal domain it’s a career on its own, the fashion and pageantry industry is also a career on its own. You can actualize your dream through that platform. You can empower youths through fashion, you can also change the dynamics of the society you can change the lives of people, people have passion for it. They will see that this guy been a law student and at the same time a model it will be something very inspiring for so many youths out there. It is necessary, it doesn’t mean that, when you have been educated, you just have to so bookish forgetting about things that you should do normally.  Pageantry is a way of life that has to be built; again, it is a career that a person can build on. So on that note , I thought it fit that that going for the crown is very relevant for me , the country and the youths  as well in Sierra Leone .

PAV: You will be running alongside other tough contestants, tell us what’s unique about you that you think you can use to outshine the other contestants?

Arfan Vuxs Turay : Like I said earlier,  there is this notion or myth that law student are not into fashion in the country , so on that note,  I will be the first law student that will engage  in pageantry shows , that will engage in modelling and academics as well  . I am into this modelling in order to change the dynamics.  It doesn’t mean because I am a lawyer I will be representing clients in courts I shouldn’t engage in other career in my life.   I need for generate money as it will make become outstanding. In fact the pageantry show builds self-confidence; it opens the doors of so many opportunities, so many privileges likewise the legal domain. The Legal domain will be my  first option but the pageantry an modelling field  will be my  second option and it is something very relevant and it’s something I have passion for in order to actualize my dream. So I think one thing that will make me unique from the other contestants been that me being a law student and at the same time a model in itself makes me very unique. I have the height to compete, I have the looks, the morphology, the structure, the charisma and I have everything it takes and above all people know as that type of person that is God –fearing.

PAV: Tell us who inspired you to go into modelling?

Arfan Vuxs Turay: Sure, I have people that have inspired me into going into modelling. In life you will always need to have a mentor that is one of the underpinning factors for one to succeed in life.  So on that note , I have a mentor that I have been admiring since I was growing up as a  small boy , he is a Nigerian by nationality  , he is called Chukuma Ceasar , he is also an attorney ,  who is based in  Florida , USA , that guy is awesome , he is also a criminal lawyer , that guy is a lawyer and at the same time he is a model nothing distracts him , into doing his pageantry shows . He always says that, you can be a lawyer, and at the same time be a model, it depends on how you are able to balance your work.  He said you just need to be focused on what you are doing. I tell you, the modelling industry is something very productive; it’s a whole career on its own. Another person that inspires me a lot  to go into modelling is Nigerian born  Ebuka, a TV host and a lawyer, I followed him on Instagram, he said sometimes he tells his clients  to wait for him in court and even sometimes asks  the court  for his cases the to be adjourned because they sometimes with his reality TV appearances. Ebuka said what the modelling industry was giving him; even the legal domain doesn’t give him much money.

PAV: You will become a lawyer in the near future, and you are into modelling. How will manage your time been in the court and being into the fashion world?

Arfan: As a human you just need to know your priorities, get your priorities right, you aimed what you have already planned to achieve. Take every work seriously. Now me been a lawyer and a model at the same time which simply tells me now I have two careers to handle, so my court issues and appearances is one thing I will deal with all seriousness and the modelling aspects will be another prominent thing in my life because of the benefit and privilege and many other opportunities I foresee there. So on that note, I will make sure  that I execute my priorities whilst balancing on how I do my things because  those  lawyers fashionista I earlier  referred to, they do attend their court sessions and do  their pageantry shows. In fact, that is all part of generating income and it will make me become rich. A time will come the legal domain will be flooded and one thing that will make unique from the others is, I have another career to survive on.

PAV: Tell us the support and reactions from your parents and other family members on your other career on becoming a model and fashionista?

Arfan Vuxs Turay:  Some parents see going into fashion and modelling as too odd for their children to be into because of the kind of exposure they will have.  But again, let me tell you something a person that is focused and knows his priorities trust me his parents will try and make sure that everything is okay with that child. When I told my parents that was going into modelling, they were like wow, first they are happy because academically I have been doing well, that is the reason why I was sent to the university. So if any other thing comes into play, trying to pursue another career they will have no issue with it. They just know I should do the needful, by making sure that academic work is my utmost priority. As it is now family members and other well-wishers have started contributing towards my dream without even to my knowledge which shows how lovely they are to me. When I made my intention known on Facebook, for the first time ever, my picture had nearly more one thousand likes. I have never had such a huge likes this shows that people are interested in me.

PAV: What’s your key message in this journey?

Arfan Vuxs Turay: My message and my brand are to preach the value of education. My message is to inspire youths to believe in them and to treasure education and to know that there is nothing so sweet in this world to reap from like gaining education. I am example that education is good. I am an intellectual and will encourage any youths out there to learn. Learn anything it can formal and informal. I will also encourage them to go into modelling but to take their school work seriously.

PAV: If you happened to win the Mr. FBC how do you plan to use the money and famed gained from the contest and to inspire young folks out there?

Arfan Vux Turay:   On that note,  I will work with the college administration, and the Student Union government  at FBC that are organizing the programme first of all to put hands together to bring development of campus in order to  see how best to solve some  of the challenges of the university . There are so many students out there that are struggling    with furniture in different classes, we are struggling for class rooms so if I win the contest, I will make sure that I provide furniture for the university. I will make sure that we have enough classrooms, we don’t have enough toilets, and we don’t have good medical facilities on campus. We don’t classrooms more than three that can accommodate more than   one thousand students so at least the small money I will be having I will make sure that we start and to inspire other people to see the need to give back to their college .

PAV:  Thanks for your time and best wishes on your contest

Arfan Vuxs Turay: You most welcome. I really appreciate Pan African Visions for this opportunity. I am grateful! 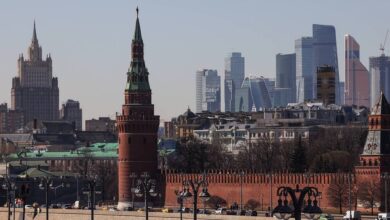