The father of the five-year-old child (Endialle Carolaise) killed by a gendarme officer in Buea, South West Region on October 14, has spoken for the first time about the abuse his family has faced online since the sad incident happened weeks ago.

Enongene Nelson, a father of four, was speaking at a memorial service in the USA recently. He went further to detail to those in attendance what happened that faithful day that his child was killed – recounted to him by the wife.

Recounting what happened that day, Enongene Nelson stated: “Someone came in the morning, that person works with my wife (a colleague). Every day my wife takes the kids to school in a taxi and she doesn’t drive. I have a taxi I hire to take my kids to school but she will not let the driver go alone without accompanying them” he said.

So, a colleague came that day to tell her that they have to travel this day to go and work and she used that opportunity to plead with the colleague to drive them to school. “When they got to a checkpoint (my wife was sitting in front and my three kids behind) the driver moved out with the documents and gave them to the gendarme. She doesn’t know what happened but the driver (her colleague) came back and said please can you join your kids behind; the gendarme wants to impound the car; so, he will sit in front while I drop you, people, off at school,” Enongene Nelson added.

“The gendarme refused to come inside and the driver said he had all his car documents. He told the gendarme that he will just drop the kids at school since it was close by but the gendarme ordered them to walk to school… that’s when the driver took off and then my wife just heard a sound and the child’s head exploded on the other kids… my wife got out and was so confused and she could not believe what she saw.”

Following this incident, he and his family have been attacked and even go further to tag them “Amba”. “Some people have called me Amba, that I was the one driving… Some have also accused my wife by saying she was the caught with weapons meant for Amba.”

The little Carolaise, who was in CUIB Class One was buried that same day while through their bitterness about the situation, the population pounced and killed the gendarme officer. 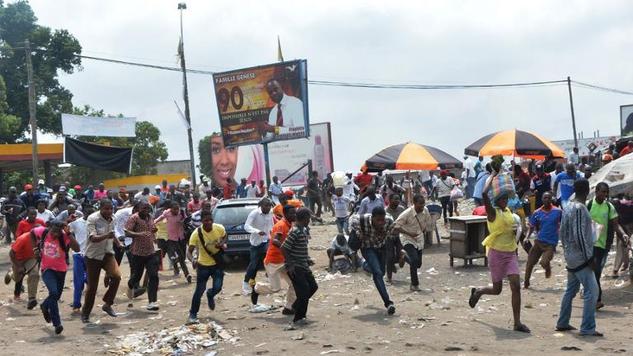 Somalis in Soweto and Nairobi, Chinese in Congo and Zambia, local anger in Africa targets foreigners