Mary Atabong Khumbah, popularly known as “Mami Politique”, a fearless community leader   and trailblazing  women’s rights  advocate who died in September has been laid to rest. The funeral mass that took place this Saturday, October 9, 2021, at the St Charles Lwanga Parish in Molyko, Buea was officiated by Bishop Michael Bibi of the Buea Diocese.

Scores of family members and well-wishers answered present at the Buea Mortuary as  the mortal remains of Mami Mary Atabong were removed. The tears could not be hidden from those present, something which repeated itself at the family residence  in Sandpit where Mami Politique spent her last days and  where other mourners had gathered.

At the funeral service at the Charles Lwanga Parish, one of the grandsons, who is a priest in the USA Father Henry Atem spoke fondly  of Mami Politique and how she used to be the person who brought the family together and tried to solve disputes . He went on to encourage his fellow brothers and sisters to work together and cooperate, something Mami always wanted.

Mary Atabong Khumbah was nicknamed “Mami Politique” for her political engagements and also her fight for the rights of the girl child and  women, especially in her her local community in Lebialem and beyond. Barely two months after celebrating her 88th birthday, She passed onto glory on Sunday, September 12, 2021. On that celebration on July 2, 2021, Archbishop Emeritus Cornelius Esua exalted Mami Politique for her faith, in living a life of great service to Christ.

In addition to her role in the then historic fight to free Lebialem Division from the shackles of Manyu Division , Mami Politique witnessed the birth of the ruling CPDM , a party she served as its Women’s wing the WCPDM section President in Fontem .

Through her service to the church, her immediate and extended community, the late Mary Atabong was honoured for her relentless sacrifices. His Royal Majesty, the Fon of Fontem on behalf of all the Fons honoured Mami Mary Atabong Khumbah during her birthday celebration with the statute of a woman carrying a baby on her back and a basket of food on her head to signify who Mami Mary was to the people and community.

In recognition of Mami Mary’s devotion to the ideals of the Focolari Movement, Chiara Lubich, in one of her correspondences gave Mami Mary her word of life: “Whoever keeps His word, truly the love of God is perfected in him,” (1 John 2:5).

Late Mary Atabong Khumbah  leaves behind a legacy of being a strong woman, assertive, courageous, honest, firm and resolute while maintaining her integrity.

Her memorial mass was massively attended by members of the Catholic Womens Association ,CWA, an Association that Mami Mary Atabong Khumbah championed and implanted across Lebialem Division.

A fighter against “male prejudice”

A few African women; too few of them – can say, “I stood up against male prejudice.” Mary Atabong Khumbah, popularly known as ‘Mami Politique’, did just that in the 1950s.

It was a classic struggle for Mami Politik’s desire to see fellow women receive education and be able to enjoy better lives as much as possible just like men.

“We went around telling fellow women to unite themselves and work hard and not depend on all on men. We empowered them not to depend all on men because if we depend all on men, we’ll not have a way out,” Mary Atabong disclosed to Footprint Magazine.

“But anyway, we did it the normal way –by accepting our situation as housewives to bear and raise children, work in our farms to feed children and our families.”

On July 2, 1933, Mary Atabong Khumbah was born to Mbe Nkwetta Leke and Mami Christina Nkongazembuh of Mankem, Fontem. Between 1944 and 1947, she attended the Catholic Mission School at Njup, Begui Fontem. From 1949 to 1950, she attended St Therese School Kumba and graduated with a standard six certificate as the only girl among the boys.

During her political career, Mami Mary was a bold advocate for people’s and community rights, a community activist and leader, a peace and human rights crusader, an innovator, a professional and a very successful politician who has left awesome footmarks for the emancipation of the girl child and the woman, a God-fearing person. And as a political giant, she made her legacy in the building of today’s Lebialem Division.

Mary is survived by seven children, twenty-six grandchildren, and sixteen great-grandchildren, six sisters and many relatives, friends, well-wishers and communities to mourn her. 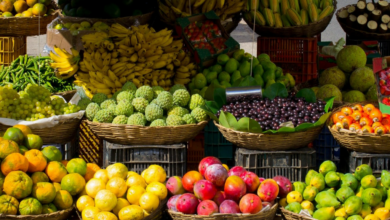