With the huge international involvement in the Retreat by some G-7 countries and the participation of the Swiss Government, the Coalition for Dialogue and negotiation, CDN, hopes that this retreat would lead to a broader international mediation of the conflict (Swiss 2.0) – which ties with the aspirations of many Southern Cameroonians, as expressed in different surveys.

A CDN 2020 survey showed that more than 80% of Southern Cameroonians are in support of a multi-country international mediation of the conflict. The retreat organized by CDN ran from Thursday, Oct 28, 2021, through Monday, November 1, 2002, in Toronto, Canada.

High profile attendees among Cameroonian civil society included: Prof Carlson Anyangwe  who been one of the most articulate voices of the Southern Cameroons case across generations, the moderator of the Presbyterian Church in Cameroon Rt Rev Fonki Samuel, the Arch Bishop Emeritus Esua, Barrister Agbor Balla of CHRDA, the US-based US Institute of Peace (USIP) Award-winning Peace Crusader, Esther Omam, former SDF MP for Boyo Paulinus Jua amongst others.

Panelists on the retreat include leading peace and conflict resolution practitioners from renowned institutions in Ireland (they prefer not to be named), Canadian and U.S. Universities.

According to sources, the Retreat followed Chatham house rules, with participants able to freely express themselves without fear or intimidation. “The starting building block of the retreat was building trust amongst Southern Cameroonians and it started by asking the question: what is the problem that is dividing us? Among the range of answers proposed is the necessity of having more of these face-to-face encounters among Southern Cameroonian leaders so they can better understand each other even in their differences; unity in diversity,” a source told PAV.

Participants at the retreat enthused on the need to cultivate and begin nurturing trust among the Southern Cameroonian leaders across religious, traditional, civil society and NSAGs lines. Also in focus were animated discussions  on a framework to enhance access to education, humanitarian aid and to uphold human rights and key  principles and fundamentals  to guide mediation and negotiations

Speaking about the expectations of the Retreat Dr Denis Foretia, Co-Chair of the Coalition for Dialogue and Negotiations (CDN) noted that “Everyone knows that there is no military solution to this war. The government cannot win militarily. We must find all ways to bring peace and that is only possible when there is a broad consensus on the process to achieve a mediated settlement. This retreat will help Southern Cameroonian leaders and other key stakeholders define that pathway.”

The Coalition for Dialogue and Negotiation is, however, determined to ensure an inclusive Southern Cameroonian side for negotiations and is scheduled to pursue conversations with the ACT team post-retreat to get them to work together with the other NSAGs. 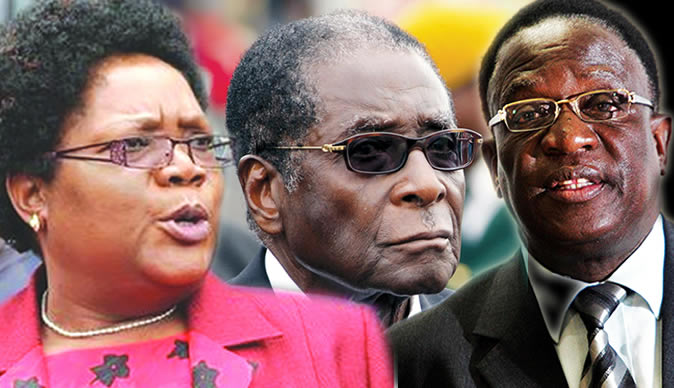 Who will succeed Mugabe?