It is assumed that the reader is conversant with the historical evolution of Cameroon from the German era till present day. Despite the government’s attempt to downsize and answer the litany of indignations that came as precursors to this insurgency, the Northwest and Southwest regions of Cameroon are still in a semblable anarchy and the number of collateral damages keep proliferating. This simultaneous equation which had in the beginning only three unknowns has suddenly grown into a cumbersome enigma that has and will cause us an arm and a leg to obtain its solution. In our effort to sanitize this disaster of epic proportion, we must imperatively understand where the point of bifurcation lies.

The famous Art. 47 of the 1961 federal constitution, whose violation seems to be  what engineered the precarious situation in which we live today, is unequivocal but giving it a religious attention, shows that it is an epitome of what political scientist call a constitutional coup d’état. It is from my analysis smokes and mirrors. To be crystal clear, It stipulates that the form of the state cannot be changed. This implies that what happened on the 20th of may 1972 was a total violation of the latter constitution. It equally implies that the feast of unification is properly suppose to  be on the 1st of October 1961 and not 1972 as it is. The coup could be at the level where President  Ahidjo and his team ensured that the same article doesn’t have a way forward in case of its non respect. In the philosophy of Law, this could be seen as a loop hole. Saying that something should not be done isn’t sufficient until the consequences are clearly stated. Since the genesis of this incursion, I haven’t heard the government debunking the violation of the famous article. May be because they know the Anglophones do not have a means to challenge the government Legally due to the abovementioned loophole. Who then has the latitude to dictate the way forward now?. Which of  the belligerent parties have a final say in what must be done now?. The fact is that the separatists are right in being seditious but are not legally right, following art 47.

A further diagnosis, shows that the equation to be solved is ill posed. Just like it is done in science, a problem must have a solution, the solution must be unique and the solution must be bounded for it to be well posed. Some see separation as a solution. Others see federalism, others an enforced decentralisation. Anglophones should sit at the negotiation table with a unanimous repertoire of what they want.

Surprisingly, one does not need Zintgraff’s lenses to perceive the air of lethargy on the part of the government concerning the reparation of this serious contention. She did not first allow the Anglophones to sit around a common table with the Agenda of coming up with one request as we could see with the banning of the All Anglophone conference steered by late Cardinal Chirstian Tumi. Before the Major national Dialogue (MND) was convened, the form of the state was declared peremptory. To exacerbate the absenteeism of key players in the scene, it wasn’t held in a neutral ground. At the omega of a dialogue, only two exit doors are available. Either the dialogue results into a consensus or not. In the case of a non consensus what would have been the fate of the separatists who were called to a dialogue?, given that the venue for the dialogue was in the enemies territory. This means it was a Major national monologue (MNM). To corroborate this assertion, look at the rise in the amplitude of the unrest that hit NOSO after the MNM. It was after the MNM that a lady was beheaded in Muyuka. It was after the MNM that the Kumba massacre that led to the death of school kids happened. This is just to name a few without forgetting the numerous cases we are oblivious of.

Instead of toing and froing on this matter, we must resort to our intellectual honesty to admit that both parties are to blame. For a successful cease fire and return to normalcy we have to come up with a new algorithm that will generate better results. Back to the drawing board. The indivisibility of the one united  Cameroon makes separation to be discarded on the list of cogitations. What then?. Federalism or enforced decentralisation ?. Decentralisation is a subset of federalism. The principal difference is that the degree of autonomy is defined by the central power in decentralisation while in federalism autonomy is complete. In other words, in federalism the autonomy of the states are enshrined in the constitution. I am of the opinion that  a  decentralisation (Special status) that will fertilize the emancipation of the NOSO is the most plausible solution for the moment, provided it is respected and doesn’t delay. This will act as a foresight of what federalism will look like if ever ratified. Unlike what many others think, I am of the conviction that we might not yet be ready for federalism and that the essentials are in the special status. The only thing left is its effective implementation.

*Gabriel F. Yagaka is a Political Analyst .The views expressed are his .He can be reached via email: gabrielyagaka@yahoo.fr 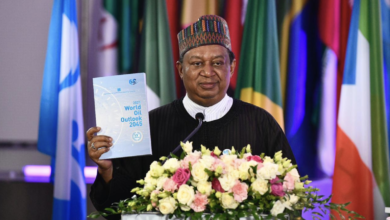 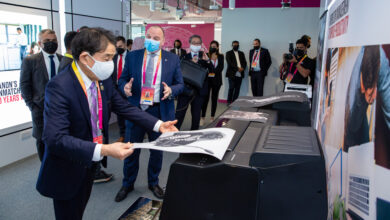