First and foremost, permit me to express my appreciation to the African Business Chamber, AfBC, for the opportunity to participate in this conference as well as the privilege to share my thoughts with you as a Keynote Speaker during this morning’s Session.

I also want to acknowledge the esteemed speakers and distinguished delegates. Even though I couldn’t honour last year’s invitation, as an ardent advocate of the view that trade and investment hold the key to Africa’s transformation, I followed the proceedings with keen interest. Indeed, my interest in such events has particularly been heightened by the renewed global interest in trade and investment partnerships with Africa.

In my opinion, Enhancing UK-Africa Trade, Investment Relations and Boosting Business Value Chains, (which is) the theme for this current conference, and this morning’s Keynote Session on Africa Economic Growth Potential: Challenges and Opportunities are very timely, extremely relevant, and also of great significance.

I see the overall theme and that of the keynote and other sessions within the context of the current geopolitical dynamics. The trends within these dynamics and their implications for Africa’s transformation agenda, the world economy and ultimately global peace and security. The first of these trends is the rise of China, US-China rivalry and the upsurge in the scramble for Africa’s resources and market.

This trend includes the introduction by China of a new model of economic partnership. That is a natural resource for infrastructure bilateral agreements without associated conditionalities. In comparison with existing agreements with the continent’s long-standing development partners which are based on payments of royalties and taxes, this model is now considered more favourable to Africa.

However, some of the major concerns raised with respect to this Chinese model (mostly by Africa’s development partners) are:

a. That China is recolonizing Africa to have access to its natural resources; and

b. With the massive investment in infrastructure, China is once again pushing Africa back into the debt trap of the 1970s and 1980s.

However, doubts have been cast on these assertions because the development partners have had a long history of natural resource exploitation in Africa with little to show by way of any significant contributions to the continents infrastructure and overall development as is being witnessed now within the context of the Chinese model.

The second trend within these dynamics has to do with BREXIT and the UK’s Post-Brexit international strategy to boost trade and investment, especially with Africa. The fact which has been acknowledged by even high-level UK officials is that despite the UK’s long historical, economic and cultural ties to the continent, Africa accounts for a mere 2.5% of the UK’s trade with the world. Then too, South Africa and Nigeria, the two biggest economies in Africa, make up 60% of the UK-Africa trade.

In his article “UK-Africa Trade, are we at a tipping point?” published by the African Leadership Magazine on 23rd July 2021, Kembet Bolton quotes Sir Richard Ottaway, Former Chair of the UK Foreign Affairs Select Committee, as advising that “It is well past time that the UK puts Africa at the forefront of its international strategy and UK must act quickly to boost trade and investment across the continent.”

In the same article Kembet Bolton quotes Graham Stuart (Under Secretary of Trade at the Department of Trade of the UK in a call to action in 2019 as having observed that “Africa has never looked so attractive as an investment destination, and I want to see more British businesses seizing the opportunities”.

The third trend within these dynamics relates to Africa’s transformation agenda with initiatives
such as:

* The Africa Continental Free Trade Area which seeks to cover a market area of the 55 member countries (with a population of 1.2 billion people) and raking in a GDP of 2.5 trillion USD

* A Single Continental Passport for ease of travel and facilitation of regional integration;

* Creation of a Single Electricity Market;

But how feasible is this African agenda within the context of a globalized economy? The ambitious initiatives which are items on Africa’s agenda have been set within the following context:

* Africa as a resource-rich and the second largest continent by land area;

* With a population which is 16.72% of the world’s population and ranked second;

* The fastest growing population (including a growing middle class and youth);

* Slow progress towards attainment of SDGs, as compared with the rest of the world in respect of socio-economic development. In fact, Africa’s growth over the SDG period has been far below the target of 7% recording a drop of 1.4% in 2016-a a year after the adoption of SDGs.

* Regarding the 4th Industrial Revolution (4IR), Africa is far from being ready and in terms of global trade, Africa’s share remains at just 3%.

The above context contributes significantly to the myriad of challenges such as;

– As well as violent crimes, conflicts and insecurity.

1. Why the renewed and heightened interest in trade and investment in Africa by the developed countries, and the UK in particular. And what promise does this renewed interest hold for Africa’s economic growth and transformation agenda?

2. What new and equitable partnerships and trade agreements will be introduced to integrate Africa into the global trade and investment value chain? Are these new partnership agreements going to be enough also to compensate Africa for its exploitation and make for its regeneration?

3. Does the widely acclaimed ‘Africa Rising’, the catchphrase which emerged as a result of the much-touted African positive growth narrative as the second-fastest growing economy, reflect socio-economic opportunities and prosperity for the continent?

The point to note is that, two decades ago, Mr. Tony Blair, the then Prime Minister of the UK drew attention to the situation in Africa, and then declared that “the state of Africa is a scar on the conscience of the world”, and pledged to support Africa overcome its challenges. This declaration was met with great optimism and Africans started viewing Mr. Tony Blair as the

“George Marshall” who would lead a “Marshall Plan” for Africa. As it turned out, however, Mr. Blair’s approach was no different from the economic partnership that has always existed between Africa and the developed partners of the Western democracies (with interest in Africa’s Natural resources) except that his emphasis was more on “good governance”, “human rights” and anti-corruption, which he made as conditions for African countries to attract investment, aid and debt relief.

So what should be the priorities for UK-Africa economic relations/partnerships? It is suggested that to show a serious commitment to the development of Africa, the Development Partners together with Africa must of necessity and urgently develop a “Marshall Plan” on the lines that were developed for the reconstruction of Europe after the Second World War. Just as was done for Europe, any such plan should be devoid of pre-conditions. Africa must be treated as a continent that has been torn apart by a kind of war consisting of the
exploitation of its resources, both material and human (the slave trade), lack of investment and a complete breakdown of the little infrastructure which it managed to develop over time.

For the avoidance of doubt, I suggest that all conditions such as anti-corruption, “human rights” and “good governance” must be woven into the fabric of the systems which will be established under the “Marshall Plan” and should not be made a pre-condition for the establishment and implementation of the Plan.

Any such “Marshall Plan” should have the following components, among others:

It is estimated that 622million people in Africa do not have access to electricity. In 38 out of 49 countries south of the Sahara, 50 per cent of the population do not have electricity. 318 million are without access to improved and reliable water sources.

According to the Africa Development Bank, Africa needs annual infrastructure investments of between USD108-USD170 billion to propel its growth and transformation. Where will the funds come from?

b. Second is the fight against Illicit Financial Flows.

Without a “Marshall Plan” such as the kind which launched Europe back into the world economy, Africa must first and foremost look within. Within this context, Africa needs the support of development partners like the UK in tackling Illicit Financial Flows (IFF) out of Africa which is a major drain on its revenue mobilization. It is estimated that Africa’s loss to IFF through corruption, money laundering, tax evasion and trade misinvoicing exceeds the total infrastructure financing requirement. For instance, the Africa Progress Report reported that in 2014, the under-invoicing of oil exports from Nigeria alone amounted to US$69.7 billion. In Zambia over the same period, a record of US$28.9 billion of copper to Switzerland, which was more than half its copper exports to Switzerland did not reflect in Switzerland’s export statistics. And there is many more!!!

c. Thus far, African countries have not developed any comprehensive strategy upon which
leverage their natural resources.

To become competitive in the global knowledge economy, there must be a strategy and commitment by Africa’s Development partners to support Africa develop its human capital. The current trend in which the little human capital developed by African countries are attracted to the developed world as a result of the poor conditions of life and deliberate enticements through schemes such as visa lotteries are not helping African countries. If the developed world wants African human resources, they should first help develop them.

All said and done, Africa needs purposeful and visionary leadership to overcome the challenges that impede the actualization of the continent’s growth potential and sustainable development. No Development Partner can do that for Africa and the time is now!!!!!

Ghana: Struggling Neoplan To Be Absorbed Into 1d1f Initiative – Akufo-Addo 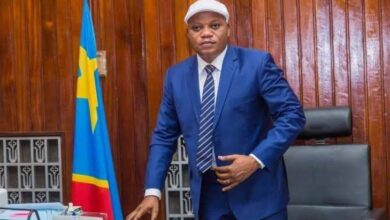 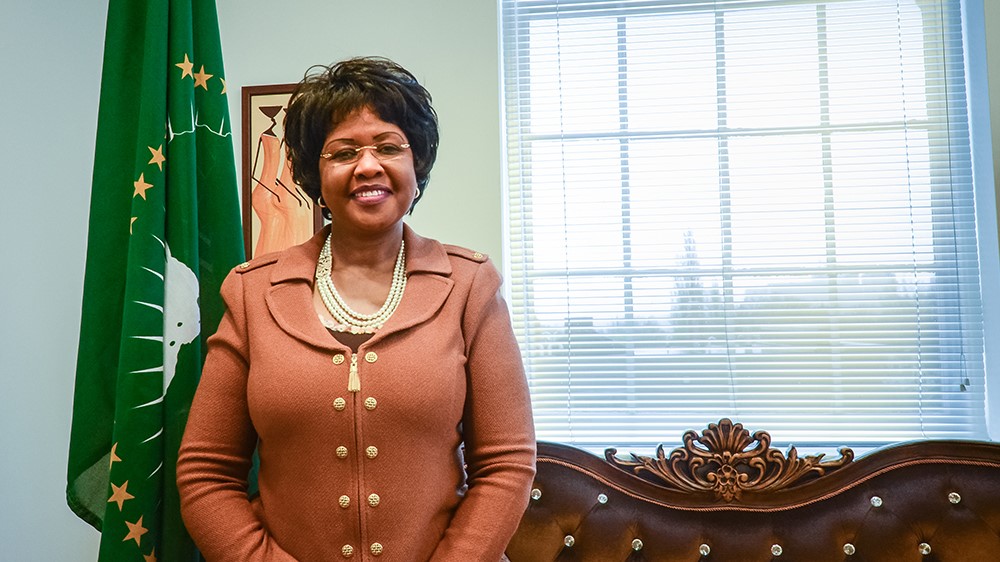