Juba – The United Nations Mission in South Sudan is appealing to national and local leaders to resolve the wider tensions in Tombura in Western Equatoria State after a fresh outbreak of fighting.

This comes following the reports of sporadic shooting between groups in Tambura on Monday.

Fighting in Tombura on Monday left at least 14 people dead, according to Eye Radio.

Last month, 42 bodies were reportedly recovered scattered in residential areas and bushes, authorities said. The violence is believed to have claimed at least 200 lives over the months.

In the press statement on Tuesday; the UNMISS said the latest incident follows rising tension and violence over the past few months.

“We are urging those engaged in the conflict to end the fighting so that security can be restored,” said the Special Representative of the United Nations Secretary-General, Nicholas Haysom. “It is also vital that political leaders at the national and local level take urgent action to resolve tensions and bring communities together to avoid further loss of life, homes, and livelihoods.”

This fresh fighting is endangering the lives of civilians, creating the risk of further displacement, and increasing humanitarian needs.

“The insecurity is having a significant impact on civilians, with over 40,000 people forced to flee their homes,” said Haysom. “This is increasing demand for humanitarian assistance at a time when resources are already stretched. Aid workers are also finding themselves caught in the crossfire while trying to carry out their critical tasks. Authorities must do more to ensure that humanitarians have safe and unhindered access to those in need.”

The statement further said the UNMISS is doing all it can, within its capabilities, to help deter violence and build peace in the affected areas of Western Equatoria.

Of recently, the Mission has extended the duration of the temporary base that it established in Tombura when fighting first broke out.

This has enabled peacekeepers to carry out day and night patrols and to provide a protective presence for civilians, including displaced families.

South Sudan is struggling to implement the fragile 2018 peace deal, although the executive and legislative bodies were formed, the security arrangements remained challenges to the peace process.

Mozambique:Ex-President Guebuza to testify at “hidden debts” trial in December. 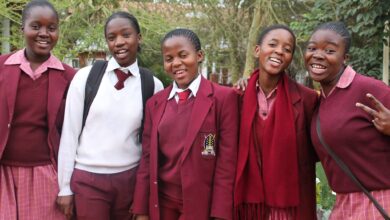 The Charter of the United Nations: Ideals for Shaping Our Reality