The 2021 African Business Heroes Prize Competition has given us a better grasp of our business than the previous four years of existence, says Kenyan born Charlot Magayi  as she marvels her presence in the top twenty selection. The founder and CEO of Mukuru Clean Stoves,  a women-led social enterprise that designs and produces clean, reliable and affordable cook stoves for low income households in urban slums in Kenya ,says the mentorship received has greatly changed perceptions she and her team had

Ms. Magayi became orphan at the age of 10, grew up in Mukuru, one of the biggest slums in Nairobi and became a teenage mother at 16.  The idea to start Mukuru Clean Stoves came to her after her two-year-old daughter sustained a serious burn injury caused by a traditional stove. She founded the enterprise to help women keep their children safe, save on fuel consumption and lower household air pollution. Her efforts to make the world smoke-free have not gone unnoticed globally. In 2018, she bagged the World Bank’s global SDGs award and also won the Waislitz Global Citizen Award in 2019. She was further recognized as a fellow at the Echoing Green in 2020.

Cognizant of the merits of amazing African talent in the top selection of the ABH challenge, Charlot Magayi believes that featuring amongst the top laureates will be a game changer for Mukuru Clean Stoves.

“Been amongst the winners would mean we are able to increase our production capacity by 75%, provide sustainable jobs for 50 young men and women and increase household income for 500+ local women business owners while impacting the lives of 1 million people living in poverty by 2023,” says Magayi in response to questions from PAV.

Could you please tell us what Mukuru Clean Stoves is and the logic behind its creation?

What finally pushed you to start this entrepreneurship journey and what were the sources of your funds?

I grew up in Mukuru, one of the biggest slums in Kenya and was orphaned at the age of ten. I became a teenage mom at sixteen and had to drop out of school to fend for myself and my daughter. We relied on charcoal to cook and when my daughter turned two years, she suffered a severe burn injury caused by a traditional stove, this sparked my interest in providing better cooking technologies; I wanted to rewrite the script of possibility for my community.

We have raised a mixture of debt and grants to further our impact from; Nordic Development Fund, USADF, Vista Ventures Social Impact Fund e.t.c.

May we know how the public has reacted to your stoves; how has the product been doing in the market?

Since 2017, over 60,000 Mukuru cook stoves have been sold in 3 counties in Kenya (Siaya, Vihiga and Kisumu County). The cook stoves have allowed more than 300,000 people to benefit from cleaner air in their homes. This positive impact is mainly felt by women, who are generally the main cookers in Kenyan households. Based on kitchen performance surveys, Mukuru’s improved cook stoves reduce, on average, 40% wood fuel consumption, which amount to $8 per month per household (average monthly incomes vary from $30 to $100). By using Mukuru’s energy efficient cook stoves, women spend 50% less time cooking, which allows them to free up time for income-generating activities, such as weaving and farming.

What are some of the challenges that you have faced along the way?

Finding the right partnerships for every stage of my entrepreneurship journey was a challenge. Accelerators and incubators not only helped me identify the stages and what partnerships I needed for each stage, they put me in the same room with these people/organizations.

Fundraising for growth, especially during a global pandemic, was the biggest setback we faced last year, leaving us with slowed growth plans and major redirections.

You have made it into the top 20 list of the ABH Prize competition, how did you receive this news?

With a great deal of gratitude and shock, my email went straight to the spam folder and so I only realized I made it to the top 20 list when I was added to the WhatsApp group. I screamed!

There were some twelve thousand applicants, you made it into the top fifty, and now the top 20, did you expect to come this far in the competition?

Knowing just what African Entrepreneurs are made of, you can never really expect to be one of the best in a pool of 12000 or 50, it’s always a surprise when you make the cut as everyone’s work is unique and achieves a certain amount of impact. It’s always fingers crossed and a great deal of nerves.

What are some of the lessons that you have learned in the course of the competition?

How confident are you of making it into the top ten, and should you win, what would change for Clean Stoves if you emerge among the top winners?

I want to say I’m confident but in real sense I’m scared. Making it to the top means I have to beat at least 9 of the best entrepreneurs in Africa right now. I’m holding my breath! Should we make it though, it would change everything for MCS, it would mean we are able to increase our production capacity by 75%, provide sustainable jobs for 50 young men and women and increase household income for 500+ local women business owners while impacting the lives of 1 million people living in poverty by 2023.

What future do you see for Clean Stoves, and to those out there who have not tried your product or know its potential? Can you make a pitch on why they should consider giving your product a trial?

Our vision is to eradicate household air pollution and energy poverty in Africa. To our target consumers, our clean cookstoves enable consumers to save up to $8 monthly on fuel consumption costs, reduce toxic smoke emissions by 50-90%, limit the risk of burns in children by 40% all while reducing cooking time. 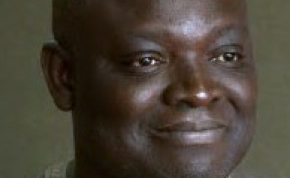