Former president Armando Gubuza’s chief political adviser says that the $1.7 million he received from the Lebanese shipbuilding group Privinvest was a gesture of “solidarity” from his friend Jean Boustani, the Privinvest salesman accused of paying bribes to Mozambican officials, in response to difficulties the defendant said he was facing at the time.

Renato Matusse is accused by Mozambique’s public prosecutor of having received $2m from Privinvest for his role as a facilitator for Privinvest’s interests in Mozambique, and as an intermediary in the maritime protection project that culminated in the illegal borrowing of $2.2 billion.

Matusse, however, denies the charge. He explained to the court that he received only $1,660,000 from Privinvest in 2013, following a conversation he had with Boustani in 2012 in which he shared the “concerns and difficulties” he was facing.

“He sent this money voluntarily and in solidarity in the context of our friendship,” said Matusse, saying the payment was “totally separate from the maritime project.” The prosecution’s indictment is problematic, Matusse said, because he claims he had no power to influence the former head of state.

The friendship with Boustani, according to Matusse, emerged when the two met in 2012 in President Guebuza’s office. He said he did not know who took Boustani there, and chose not to answer questions regarding the meeting’s agenda. Asked about the current state of their friendship, he said that it “naturally cooled down”, admitting that that happened right after the receipt of the values ​​from Privinvest.

The money received by Matusse was not sent directly to his bank accounts. He identified the goods he intended to purchase and forwarded the vendors’ account details to Boustani, who in turn transferred the respective purchase amounts directly to their accounts.

Asked why this method was used, Matusse replied that it was a “matter of convenience” to avoid receiving it in his account and then sending it to the sellers of the apartments, properties and vehicles he bought. The court also asked whether the assets in question, which he did not register in his name, are the “concerns and difficulties” that he had mentioned. Matusse declined to answer, saying it was a “very intimate matter.”

The prosecution claimed, however, that the financial transactions were intended to hide Matusse’s connection with the money, and to hide its origin.

Asked why the money came from Privinvest if it was a gift from Boustani, Matusse said he could not answer because he had just given Boustani the account numbers of the people and institutions that needed to be paid on his behalf.

When confronted with emails and documents regarding Proindicus sent to his email address by Privinvest, as well as others about financing sent by Andrew Pearse, the Credit Suisse banker structuring the financing, Matusse said he used to ignore them because they didn’t concern him.

He said he felt unable to tell Boustani that he was not interested in receiving the project emails, as he wanted to cultivate a relationship with Boustani as he could be an “important guide” for Mozambique to “penetrate the Arab world.”

President Armando Guebuza’s private secretary Ines Moiane admitted receiving €750,000 from Privinvest, but denied the money was linked to meetings she arranged between President Guebuza and Privinvest executives, in the context of the maritime protection project that culminated in the illegal contracting of loans worth $2.2bn.

Moiane admitted to the court on Thursday that she arranged, inside and outside Mozambique, roughly six meetings between President Guebuza and senior Privinvest officials, including the group’s head Iskandar Safa, but denied that she received any reward or bribes for the work.

She said that the €750,000 she received through the company created by her long time friend Sergio Namburete referred to the sale of land owned by her to Privinvest, which at the time intended to build an apartment building in Maputo city.

“It was a private deal after a conversation between me and Jean Boustani, in one of the visits he made to President Guebuza’s office” said Moiane. “I had proposed that they build a 20-storey apartment building on my land, and in exchange give me five apartments in the building, but they refused and said they preferred to pay me in cash,” she added.

Asked by the court why the contract for sending the money to Mozambique did not mention her name or the transfer of the land, Moiane said she did not know. The contract in question, for a ‘civil construction project’, was signed in November 2014 between Namburete and Logistics International Abu Dhabi of the Privinvest group, and led Privinvest to send €877,000 to Namburete, of which €750,000 was passed on to Moiane.

The prosecution, meanwhile, showed a series of emails and documents about the marine protection project sent by Boustani to Inês Moiane’s email address, with copy or knowledge of Ndambi Guebuza, who is also a defendant in the trial accused of having received $33m for his role in convincing his father to approve the project. Moiane said she could not answer why Ndambi was included in state affairs, and that only Boustani could answer that.

Prosecutor Sheila Marrengula wanted to know if Ines Moiane sent emails or her affairs to President Guebuza and she replied that she did not remember. The same question was later asked by the Mozambique Bar Association, and Moiane this time answered that she never discussed the project with President Guebuza.

Confronted with some of her statements in the preparatory instruction phase indicating her involvement in the project discussions, she asked the judge not to consider those hearings further allegedly because at the time she responded “under pressure.”

Moiane avoided talking about her connections with Privinvest and her role in the maritime protection project that ended up involving the “hidden debts” companies Proindicus, MAM and Ematum — only answering questions related to her receipt of the money, and what was done with it.

Elias Moiane, Ines Moiane’s nephew, is also a defendant and was briefly questioned on Thursday. He managed the money received from Privinvest on his aunt’s behalf, using it to buy apartments in Maputo. Ines Moiane said at the hearing that she directed her nephew to do that because she was “very busy.” Elias Moiane also confirmed the statements in his brief interrogation.

The apartments were then rented and the amounts were paid to Elias Moiane who, in turn, transferred the money or withdrew it in cash and delivered it to his aunt, Inês Moiane. 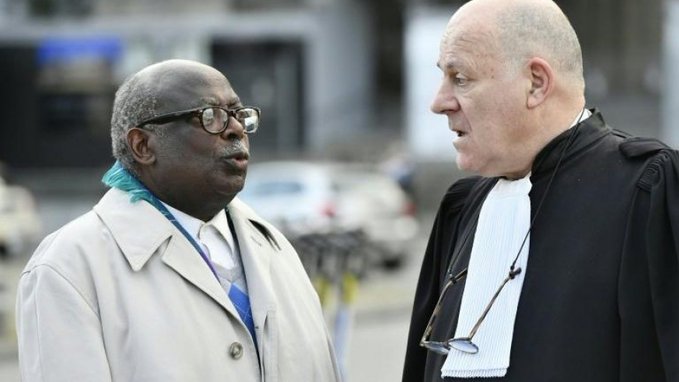