The Deputy Majority Leader in Parliament, Hon. Alexander Kwamena Afenyo-Markin has urged members of the Governing Majority Caucus in Parliament to tell the compelling stories about actual value of their good works under the Government of President Nana Akufo Addo.

He said the party must do all it can to break the Eight in winning the 2024 election roundly and convincingly. He further said these records will persuade the good people of Ghana and the International community that between the Governing Party and the opposition, Hon. Afenyo-Markin, whiles addressing a Three-day Workshop for Majority Caucus and Executive Arm of governmental Abetifi in the Eastern Region.

He stated that, indeed, there exist among the people of Ghana concerns about the limited job opportunities available in the country; the increasing difficulties they face trying to put food on their dinner tables; they worry about the falling value of the Ghana cedi against the US dollar and other major currencies; as well as the never-ending infrastructure deficit in Ghana’s health, energy, education and road sectors.

According to him, no matter how unfounded, unpalatable and unjust these concerns could be at times, there are times that they are the plain truth, and realities facing many of the people who voted the NPP to power. He urged members of the Majority Caucus to see such comments, both good and bad, as stark reminders that while they have done a lot at various levels to transform the country and her economy fundamentally, there is still much work to be done.

He however challenged them to continue to tell the good stories about the record number of Ghanaian children successfully graduating from the Senior High Schools (SHS) free of charge, “We must tell the compelling story of the new rail tracks being built around the country.

We must tell the story about the new cocoa production record we have just set. We must sell the story of the modern and relatively cheaper district hospitals being built across the country and many more. Yes; WE MUST tell these stories until every city, every township, every village, every hamlet, every settlement and indeed every citizen of Ghana hears and appreciates the actual value of our good works under the Government.

Hon. Alexander KwamenaAfenyo-Markin also urged his colleagues to abreast themselves with strategic marketing and communication as vital tools in helping them break the eight.

“We must all be the contact points for whipping up renewed faith and confidence in the NPP as the only alternative. We must convert passive party members into active, zealous opponents into die-hard supporters, foes into dependable allies, full-time doubters into true believers, and cynics into optimists. It is possible,” he said.

He also challenged them to seize every opportunity that presents itself to tell the story of the NPP government; not forgetting to use the mass media to sell and defend their record. He said, they must all do their very best to get the government story told more positively on all the social media platforms. We need to do more if breaking the eight and returning an overwhelming victory in 2024 are to happen,” he said.

He lamented that, the MPs should help make government the very best version of itself, deepen the enviable gains they have made for the country over the last six years in government, and communicate, market, and sell their achievements.

“It has been some nine months since the NPP was voted back into power for a second four-year term under President Nana Addo Dankwa Akufo-Addo. While the jury is still out there as to why the NPP hemorrhaged so many votes, and by extension, lost so many Parliamentary seats in the last elections, we must ignore untested theories as to what went wrong,” he said, and admonished colleagues to diligently expend their energies in the next three years executing the agenda of the NPP government.

Ghana:We Will Hold You And Your Government Accountable – NDC To President And Vice 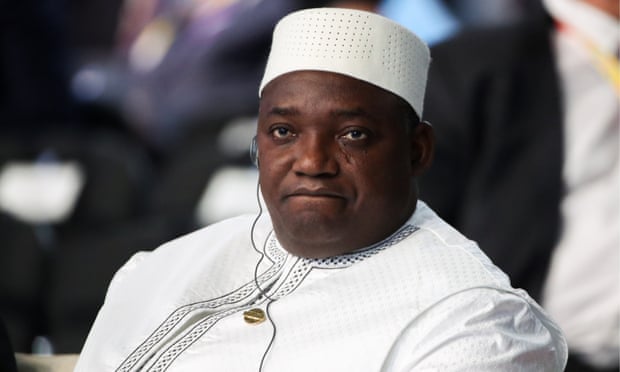