As part of efforts to make an inroad further into Africa, France’s Ministry of Foreign Affairs together with Ministry of Education are collaborating with French-speaking African countries to offer an intensive orientation and educational training for 10,000 French teachers in Africa.

The five-year training program aims at strengthening France’s soft power. France, like any other foreign player, has been looking for effective ways of improving its public diplomacy especially in French-speaking African countries.

The educational initiative already began with the opening of the Professional Development Center (CDP) in Abidjan, Cote d’Voire, where teachers from 15 French-speaking countries in Sub-Saharan Africa will go through a comprehensive program, learn more about various modern methods of teaching the French language and then take the knowledge back to the classrooms.

“The culmination of a rigorous and demanding process, this innovative center is a timely response to pressing needs in educational engineering, pre-service training, and ongoing capacity building,” said Ivorian Education Minister Kandia Camara during the opening ceremony.

Ministry of Education of Cote d’Voire welcomed the initiative in an increasingly competitive environment. “This innovative center comes at the right time to meet pressing needs in terms of pedagogical engineering, initial training and continuous capacity building,” she said during the opening of the coordinating center.

“Given the very close proximity of our school systems, it seemed important to us to create this CDP,” said Jean-Christophe Deberre, former director of the Mission Laïque Française.

While explaining that it aims to be long lasting, Jean-Christophe Deberre further described the project as “another brick in cooperation between France and French-speaking African countries.”

“We wish to put an end to the training as it might have existed in the past, which consisted of bringing teachers together for a given time, giving them two or three hours of theoretical training and sending them back to their classrooms without the possibility of continuing the training over a longer period of time. Our goal is to offer training that will last over time,” said François Clauzel, Director of the Professional Development Center.

Professional Development Center, which has special significance in the context of changes in the continent, will host hundreds of people for workshops and conferences. France is making this commitment as part of its cultural component in its foreign policy, at least, to keep most reliable African allies. It looks forward, undoubtedly, to strengthen its relations and share interests through educational sphere in sub-Saharan French Africa. 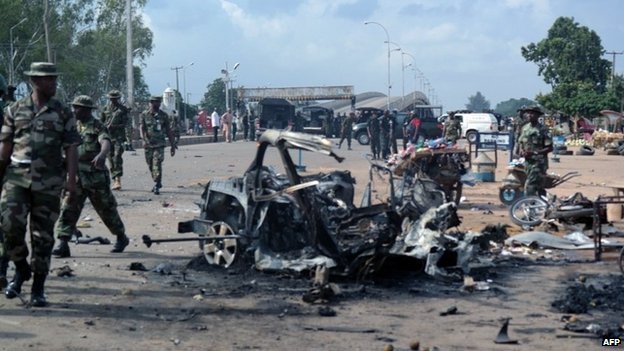