Ms. Odiawo is among 20 people in the race to win a share of USD 1.5 million grant funding of the Africa’s  Business Heroes Competition prize, a flagship philanthropy program launched by the Jack Ma Foundation that aims to promote and inspire the next generation of African entrepreneurs across all sectors.

Pan African Visions reached out to her and interviewed her about her brief journey in the 2021 Africa’s Business Heroes competition, inspired by her efforts in sexual reproductive health. Excepts .

What inspired you to apply for the ABH competition?

Being a champion and a strong women and girls safer menstrual hygiene management advocate, ABH competition, was an avenue and a platform through  which I could better offer myself and engage the global world to addressconsequences of period poverty and showcase the consequences of lack of period management absorbent in Africa.

How did you feel being selected among the ABH 2021 Top 20 outstanding entrepreneurs and how have you managed to make this far in a tight continent-wide competition?

The news of being selected among the top 20 outstanding entrepreneurs was one of overwhelming joy and excitement I reallyshed tears, not only because we won but also because the plight of that young girl in the village of Kwafungo, Muheza, Tanzania who had to miss school, because her parents could not afford her a piece sanitarytowels, that young girl a shamed and stigmatized just because her skirt leaked menstrual blood while in school and had to commit suicide, that young girlforcedby circumstances ‘’ to exchange sex for pad’’ to a Bode boda’’ motor bike riders so she could  be in school and competing with boys, was being recognized. I felt frightened that without the ABH platform the period conversation would ever be  kept silent and girls would continue failing to capture their  best moments in  life and   in nation building, just because of a simple biological challenge, that would have been solved throughopening upof national, regionaland global conversations to  unlock the futureallowinggirlsto lead their own future. The ABH 2021Top 20pronouncement has spurred my inspiration and I have continued taking centre  stage, midfield striking, championingand advocating for safer menstrual hygiene  management conversation through social media platform, engaging likeminded professionals and peopleof Good-will telling them that ‘ the decision-making round  table is for all of us and every one need to be on the table and that Ending period poverty is putting dignity above everything.

What has the ABH competition meant for you and your business so far?

The ABH 2021 competition, isnot onlya platform of competitiveand outstanding entrepreneurs but a platformforprofessionalism,knowledge gain,challengeand experienceand success stories sharing. It is a forum for interaction and engagement   with great business founders and peopleofgreatacumen, men and women who have in their own capacities in one way or the other challenged the status quo, innovated, and made use of their various idea tosolve some of the most pressing need intheir societies in 21st century. It is with this background thatI feel being partofABH 2021 competition platform, would steer me personally,institutionally, and inspirationally to create cobweb of great champions, advocates inspirators that can be capitalized on to push forward for genderequality andcreate apurposeful world. The ABH2021 Competition hascome at the right   time and strategically placed to connect and link and increase our network tothe great ABH2021 Top 50 institutions. Thementoring session, feedback and trainings have offered and opportunity to translate passion to professionalism by building our business acumen. The publicity hashelped prove WomenChoice industries asa legitimate entity leveraging more connections with potential partners. It is not all about being ABH2021 Top 50 and or Top 20, but it isall about what one delivers that bettershumankind.

What are your impressions about the ABH and how it helps in the growth of entrepreneurship in Africa?

The future is Africa! Besides being a 10 years acceleration and mentorship focused program for Africa, ABH offers growth opportunities for social entrepreneurs, tomake goodtheir ideaand promotesocial wellbeing for all.ABH besides being a 10-year acceleration and mentorship focused program for Africa, offers growth opportunities for social entrepreneurs, tomake good their ideasand promotesocial wellbeing for all.The handy cash offered and associated with winners, best business, high class men and women who have shown great prowess in empowering and creating opportunities for others, would like be able to create first class jobs, promote creativity and innovation, promote quality leadership and governance and social economic balance; bridging the poverty gap and giving opportunity for everyone to take charge of his or her destiny and promoting equitable growth and development for all.

What will you do if selected in the final 10 and top winners?

Following the lives   of great African legends and Icons, Nelson Mandela and of course Mwalimu Julius Kambarage Nyerere,whose roles and actions prompted attainability of Africa independence, fighting for afree space of Nation hood, and living a mark as greatest men in the 20th century.I wouldwork hand in hand   with people ofgood will, buildgreat networksofchampions, advocatesthat would be enshrined with the purposeof living amark andbuilding the next generation of men and women leaders who would be able to end period povertyandbringing about dignityabove everyone, going notch toglobal championsafer menstrual hygiene management, opening global conversationaround menstruation, and fightingperiodpoverty.Iwould continue empowering women socially disadvantaged to be agents of change and expand accessto lowpriced sanitary towels in the global world.

How will the prize change your business operations?

The Prize would not only come with handy cash whichwould beappropriatefor   buildingand strengtheningsystems and operations, butalsocomewithfame, recommendations and respect and an increased callfor commitmentsof purpose that would propelWomenChoice Industries to the nextstepinaccomplishing its mission and visonforwhichit was set. The prize money, would becapitalized on further to expand production and distribution, reaching to morewomenand girls,purchase of raw materialsand supplies as well as recruitment and employment of administrative staff.

What do you think is the motivation behind the fast increasing female entrepreneurship across Africa?

Women in Africa have for a long time desired to create change in their lives and that of their families, with limited opportunities women have taken the lead to capitalize on their major strength-resilience, and venture into entrepreneurship. African women have in their own capacities advocated and championed against status quo across Africa. Africa has a fast-growing number of educated women who have felt the pinch of financial male dominancy in social economic spectrum and there’s a declining female dependency over their male counterparts and male-dominated decision-making positions altering every issue to favour male gender and catapulted by the consequences of poverty in a resource rich continent. The continued acceleration programs on women-led business institutions, programs and initiatives across the continent have in one way or the other influenced change of behaviours among the feminist community, enhancing adoption of new plans of action for growth and sustainability of enterprises. The increasingly case scenarios and readily available institutions of financing for women-led projects have been major factors for the growth of female entrepreneurs.

Any advice to budding female entrepreneurs in your country and in Africa especially at a time when the pandemic has left many African economies struggling?

Female entrepreneurs should understand that taking up economic opportunities is a challenge to the status quo just like other female emancipation initiatives and will require the power of the will to continue once you begin. Again, it is time that female entrepreneurs stop downplaying what they do and realise that it is their work that has contributed to the economic growth experienced in Africa and launch higher. The road to entrepreneurship will not be a walk in the path but certainly it will be worth the sacrifice. Always be ready for crisis and strive to learn and acquire those mitigation strategies that will ensure that after the dust has settled you will remain standing. In every situation strive to keep your sanity and self-esteem, mental health is key. 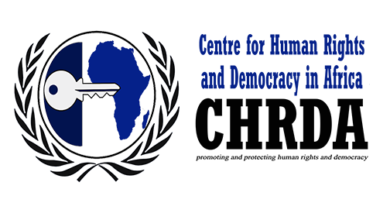 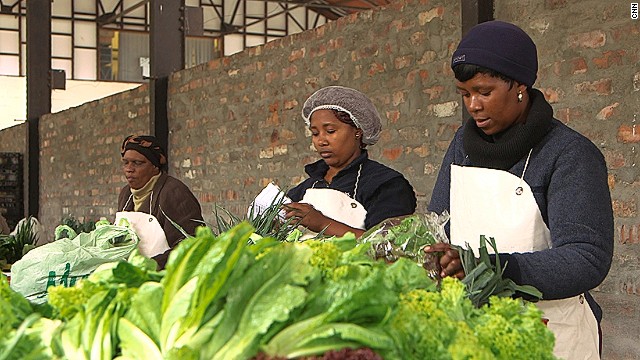