The school will host learners from nursery to class 8 as learning is set to commence in January 2022 after completing one classroom. The class will host nursery kids.

Joy was written on the face of all attendees during the groundbreaking ceremony as locals sang and danced to celebrate the new dawn.

Geoffrey Soyintet, CEO of Vitendo 4 Africa, told the Pan African Visions that immigrants V4A youths have been fundraising in the last year to build the school to support education for the local Maasai community.

“Students came together and identified a project in Sultan Hamud where there is a need for school,” Mr. Soyintet said, noting that they are partnering with the local catholic church.

“This is part of our youth empowerment programme which helps them to be more focus about life, give them an opportunity to give back to the community and build self-identity,” he added.

He noted the current project is the third one in the country, having undertaken two others in the same region (Rift Valley).

Formed in 2010, V4A aims to welcome, connect, and empower healthier immigrant individuals and families by providing supports and services and coordinating resources.

Though it was started as a Kenyan community, now it serves over 27 African nationalities and is still in the process of embracing more from the remaining countries.

“We first build social connections by putting Kenyan community together and formed a committee. Then we later realized that there are other African communities who are going through similar challenges and opened doors for other African nations. Right now we serve over 27 nationalities and impacting more than 22000 African immigrants,” said Soyintet, a Kenyan national based in St. Louis.

The organization provides a platform for discussion of common issues, aspirations, and solutions for advancing individuals and groups from the African Immigrant community in Missouri.

Its activities include sponsoring events organized by Immigrant Communities in St Louis and other neighboring cities, promoting and preserving the diverse African History, Music, arts, and cultures, connecting to opportunities like college enrolment, scholarships, and professional areas.

Soyintet disclosed that soon V4A will be launching projects in other countries like Rwanda, Cameroon, and Ghana.

His struggles when he went to the US through the green card and passion for impacting people’s lives prompted him and thirteen others to form the organization.

“When i arrived there i found there was a great programme for Asian community, Hispanic, but there was no organization for Africa. All those talked to supported a suggestion to have a voice for African community to help those who coming in to navigate the American system,” he reiterated.

CCA and Government of Kenya formalize Partnership by signing MoU 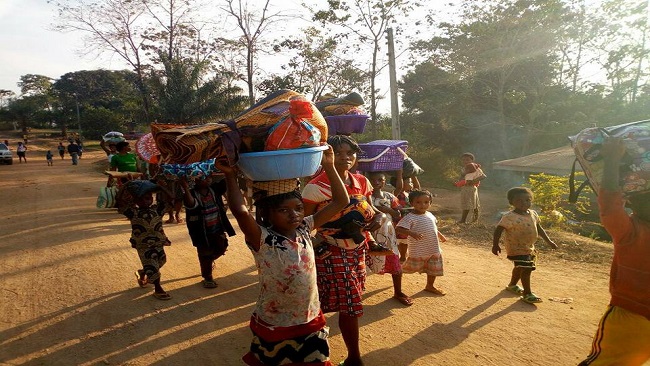