UN agencies continue to sound the alarm over the growing “humanitarian catastrophe” in northern Ethiopia, sparked by the conflict in the Tigray region, now in its ninth month.

NEW YORK, USA, 10 August 2021-/African Media Agency (AMA)/-A recent escalation in fighting in Afar and other neighbouring regions, has been disastrous for children, said Henrietta Fore, Executive Director of the UN Children’s Fund (UNICEF), in a statement on Monday.

UNICEF was extremely alarmed by the reported killing last Thursday of over 200 people, including more than 100 children, in attacks on displaced families sheltering at a health facility and a school in Afar.

Ms. Fore added that crucial food supplies were also reportedly destroyed in an area that is already seeing emergency levels of malnutrition and food insecurity.

“The intensification of fighting in Afar and other areas neighbouring Tigray, is disastrous for children. It follows months of armed conflict across Tigray that have placed some 400,000 people, including at least 160,000 children, in famine-like conditions,” she said.

Some four million people are in crisis or emergency levels of food insecurity in Tigray and the adjoining regions of Afar and Amhara.

The recent fighting has displaced an additional 100,000 people, thus adding to the two million who have already fled their homes.

UNICEF further estimates that the number of children in Tigray suffering from life-threatening malnutrition will increase 10-fold over the next 12 months.

“The humanitarian catastrophe spreading across northern Ethiopia is being driven by armed conflict and can only be resolved by the parties to the conflict,” said Ms. Fore.

Despite numerous challenges, the World Food Programme (WFP) delivered food to more than 100 million people in the northwest and parts of southern Tigray during June and July.

However, WFP only reached half of the people it planned to assist, including communities on the verge of famine, due to severe shortages of food, cash, fuel and functioning telecommunications equipment.

WFP reported that more than 175 trucks arrived in the Tigray region during the first week of this month, including 90 carrying lifesaving food aid.  Another 90 trucks are expected to arrive in the coming days.

However, with 5.2 million people needing food assistance, representing roughly 90 per cent of the population, WFP and partners require at least 100 trucks to be arriving daily to support them.

Michael Dunford, WFP’s Corporate Response Director for Tigray, also appealed for a ceasefire so that food and other emergency supplies can be delivered before it is too late.

“People in Tigray are suffering due to lack of humanitarian support over the past month – we need to reach them now before they fall into famine,” he warned.

“Others in neighbouring regions are also falling deeper into hunger as a result of the conflict and WFP is working with the Government to reach communities in Afar and Amhara with life-saving food as soon as possible,” he added. 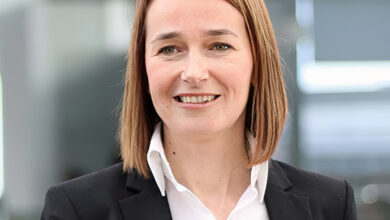