Juba – South Sudan transitional government has disconnected the internet services in order to deter plans for the civilian uprising against the top leaders.

The government also sent out a joint security forces to take up positions in strategic places in the capital Juba and other major towns after activists had called for protests against President Salva Kiir’s government.

Cutting off the internet threatens to weaken civil society activists and youth who are trying to build their strength in numbers.

The People’s Coalition for the Civilian Action has been using social media to mobilize angry citizens with President Kiir’s government.

The groups are accusing President Kiir’s regime of corruption and failing to protect the population or provide basic services but Kiir’s government has repeatedly denied allegations.

With Kiir addressed lawmakers at parliament’s opening session on Monday morning, a coalition of activist groups reiterated their call on public rallies demanding Kiir and Machar step aside.

There was no sign early on Monday of major street gatherings in the capital Juba as it was planned.

Both the government and police said the activists had not sought permission to protest, and therefore any large demonstration would be illegal and must be crushed.

Residents in Juba, told Pan African Visions that as of Sunday evening mobile data was unavailable on the network of South African mobile operator MTN Group as well as by Monday morning it was also halted on the network of Kuwait-based operator Zain Group. (ZAIN.KW).

Facebook, the most popular social platform in South Sudan, as well as WhatsApp, were restricted on Sunday night until now, according to protest organizers on its Facebook page, but VPN services, which can work around internet censorship, were effective for many users.

“The government of South Sudan has disconnected the internet services – as a clear indication of dictatorship,” the People’s Coalition for the Civilian Action wrote it on its Facebook page. We didn’t have internet during the 21st years of the liberation struggles – Salva Kiir and his government must step down.”

Juba government attributed its to a technical problem that the engineers are working on and it has nothing to do with the planned anti – government protests.

Both the ZAIN and MTN networks did not immediately respond to a comment request.

The internet users said it’s difficult to get accurate information on what is happening really, something that has caused panic in the Juba.

The social media users in Bor, Torit, Wau and Malakal towns respectively have confirmed the disconnection of internet services in those areas.

Due to lack of Wifi internet across the country, citizens are using mobile phones to access internet for communication among others.

“My social media is not working; it is actually affecting us in terms of communication,” said Garang James, resident of Juba – the internet cut has affected many citizens and Therefore, we are not happy about the suspension of the internet.”

Despite that the heavy deployment of security forces, the organized groups are still holding the ground to protests against  Kiir’s government 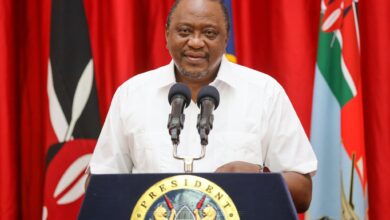 President-elect Biden: What can markets look forward to?