The government of Cape Verde is being accused of violating international norms as it continues to detain Alex Saab, a Venezuelan citizen of Colombian origin, arrested in the country on June 12, 2020.

In an international Press Conference on Friday, August 6, Saab’s defense team said Cape Verde is breaching an impressive array of international norms such as the rules of international diplomacy, the principles of diplomatic immunity, human rights, and its own constitutional norms. The team of four senior legal experts demanded the immediate release of Saab.

According to Mr. Femi Falana SAN, the arbitrary detention of Alex Saab in Cape Verde is far from an ordinary case of detention or human rights violations. He said the case is emblematic of a series of flagrant and systematic violations of international norms and has been, from the beginning, punctuated by errors, violations, and challenges to all legal rationality.

He noted the team has filed complaints with the ECOWAS Court of Justice, the United Nations Human Rights Committee and made serious legal and diplomatic efforts to end Saab’s illegal detention.

“We have obtained common sense decisions from international bodies, ordering the immediate release of Alex Saab from the ECOWAS Court of Justice, for example, or requesting the suspension of the extradition procedure in accordance with the interim measures of the Human Rights Committee, along with calls for diplomatic dialogue from both the United Nations and the African Union. But the government of Cape Verde remains deaf to all appeals to reason, to all appeals to comply with the law, and to all appeals to dialogue,” said Mr. Femi Falana SAN.

At the same time, Dr. Rutsel Martha, Former Head of Legal Affairs of Interpol, lashed out at the United States, INTERPOL itself, and the Cabo Verdean authorities for failing to note that the arrest warrant underlying the Red Notice was issued against a different person.

“The fact that the United States attempted in March 2021 to correct this mistake does not distract from the fact that Mr. Saab’s detention is wrongful. His continued detention is a reflection of Cabo Verde’s disdain towards human rights and the rule of law,” she said.

On his side, David Rivkin, Mr. Saab’s lead U.S. Counsel with Baker and Hostetler, said the detainee is entitled to full diplomatic immunity and inviolability as per Article 29 of the 1961 Vienna Convention on Diplomatic Relations (to which the United States is a party), Section 254d of the United States’ Diplomatic Relations Act, as well as long-established norms of customary international law and long-standing U.S. practice.

His statement resonates with Femi Falana’s arguments that if Cape Verde and the Constitutional Court agree to extradite, it can only be based on political expediency.

“The U.S. law requires that the “rule of specialty”, to be binding on the United States, has to be explicitly featured in the relevant bilateral extradition treaty; no such treaty exists between the United States and Cabo Verde. To the extent that the U.S. is allegedly relying on the United Nations Convention on Transnational Crime as being the treaty-basis for this extradition, it does not work, since the extradition provisions of the UNCTOC did not feature the specialty clause. However, what is even more rhetorically compelling is that the United States has notified the U.N. that it will not apply the UNCTOC’s extradition provision. Hence, it is disingenuous at best and a flat out lie at worst, for anybody to pretend that UNCTOC can be the basis for the imposition of the rule of specialty,” said Dr. Jose Manuel Pinto Monteiro, Mr.  Saab’s lead counsel in Cape Verde.

Federal prosecutors in Miami indicted Saab in 2019 on money-laundering charges connected to an alleged bribery scheme that pocketed more than $350 million from a low-income housing project for the Venezuelan government that was never built. 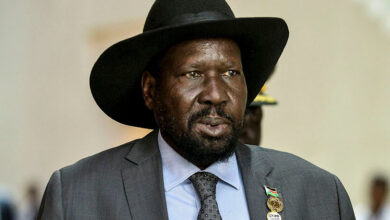