President Lazarus Chakwera is now chairperson of the SADC region and now Malawi will lead the regional bloc for a year.

This is after entire meetings ended in Lilongwe as representatives of 16 nations met to discuss issues surrounding regional development and combating the Covid19 pandemic.

In his address, Chakwera who came into power slightly over a year ago said time was now for the nationals to address their unique challenges together.

He cited issues of poverty and the need for industrialization as other regions are doing, if the SADC part of Africa is to develop as well.

He also called for concerted efforts for the nations to address security lapses and terrorism being reported in Mozambique which held the role before handing over to Malawi.

Chakwera said in assuming the SADC Chairship, Malawi commits to pushing the regional goals as it represents the Southern African Group at the African Union Peace and Security Council, UN Human Rights Council and provide leadership at the UN Least Developed Countries.

Malawi’s assumption of the SADC Chairship comes in the context of COVID-19 pandemic and efforts to stop it in its tracks and restore social order. But  Chakwera said the inequalities and disparities in accessing COVID-19 vaccines were seriously hindering efforts to save the lives of millions in the SADC and must, therefore, be tackled head on.

‘’For the sake of the dignity of all human beings everywhere, Africans have a moral duty to refuse to be treated as second-class citizens in the rules of engagement for participating in the global economy. Africans need  to work together to put the ratified African Free Trade Area to full use until the economic rules that disadvantage African  nations were rewritten. The time had also come for Africans to stand together in insisting that the Bretton Woods Institutions reconfigure the terms and conditions they have imposed on the continent for decades, leaving Africans in deeper poverty than they found them. Africans had a moral duty to refuse second-class status in participating in UN decisions that affect the peace, stability, and sustainability of their world. ‘’ he said.

Filipe Nyusi, Mozambique President challenged the nations to united on development goals which he said would go a long way in ensuring uniformity in development.

This came at the back of a promising talk about making fully function the concept of a free trade area to allow the nations tackle pertinent economic challenges.

The mission of SADC is to promote sustainable and equitable economic growth and socio-economic development through efficient, productive systems, deeper cooperation and integration, good governance and durable peace and security; so that the region emerges as a competitive and effective player in international relations and the world economy. 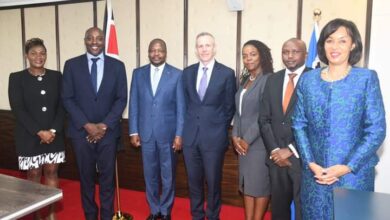