A section of political leaders allied to the United Democratic Alliance (UDA) has condemned the government for blocking the Deputy President William Ruto from traveling to Uganda.

On Monday, August 2, William Ruto was forced to abort his private visit to neighbouring Uganda after he was blocked from leaving the country at Wilson Airport in Nairobi.

The second in command is said to have arrived at the airport with his 7-member delegation ready for the trip before the security told him that he needed clearance from above.

After waiting for more than two hours to have his documents verified for the trip, he finally gave up and left.

Senior civil servants must seek travel clearance when leaving the country, but it is unclear whether the law applies to the deputy president.

Reports from Ruto’s office said that he was asked to seek clearance from the Head of Public Service, Joseph Kinyua, who denied issuing such directive when contacted.

MP Nyoro claimed he heard Ruto being told to present his birth certificate or a letter from his area chief for clearance.

“We saw something unprecedented upon arrival at the airport. Those of us who are Members of Parliament were told to seek clearance from the House leadership. Upon seeking the same, Parliament was categorical that we needed no clearance.

“The DP inquired what clearance he was to give and all he was told was that there orders from above. People in Immigration Department told us CS Fred Matiangi issued the instructions. He was contacted and denied giving such directives,” said Nyoro.

According to Senator Aaron Cheruiyot, Ruto’s rising political star gives the government a sleepless night, adding that President Uhuru Kenyatta’s administration is out to frustrate the Deputy President.

On his side, legislator Caleb Kositany said the government has resorted to revenge after the ruling party was floored in the recent Kiambaa by-elections. UDA’s candidate John Wanjiku trounced Jubilee’s Kariri Njama in a hotly contested mini-poll.

Following the incident, Ruto expressed his sentiments on Twitter.  He tweeted, “It’s alright..let’s leave it to God.” 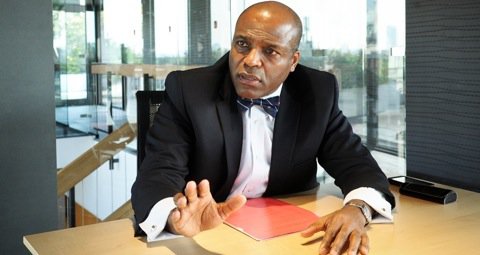