After several negotiations, Ghana and Côte d’Ivoire have finally signed an agreement to establish a joint Secretariat to be known as the Côte d’Ivoire – Ghana Cocoa Initiative with its headquarters location in Accra, the capital city of Ghana. The agreement sends a strong signal to the international cocoa market that the mutual interests of the cocoa giants are now formalized. Both leading cocoa-producing countries are in West Africa.

Within the framework of the agreement, the Secretariat will oversee planning and execution of multiple functions aim at maximizing cocoa production, processing and consumption as well as exports to foreign markets. It will also implement future agenda.

The Steering Committee is the highest decision-making body of the initiative. It is responsible for formulating rules and regulations, ensuring the smooth implementation of the charter and functioning of the Secretariat, approve all budgets and work programs of the Initiative, approve the rights and responsibilities of member countries and resolve conflicts among the member countries.

Both countries have settled on the Director of Corporate Affairs for Europe and Africa at Mars Inc, Alex Arnaud Assanavo as the first Executive Secretary of the Côte d’Ivoire – Ghana Cocoa Initiative.

Speaking at the event, the Chief Executive of Ghana Cocoa Board (COCOBOD), Joseph Boahen Aidoo explained that the Initiative would be the “mouthpiece of Ghana and Côte d’Ivoire in terms of all cocoa matters.”

Ghana together with the Ivorian government, through the Initiative, are committed to focus on supporting cocoa farmers with improved incomes, harmonize the interests of the two neighboring West African cocoa producing giants at the international level and are very optimistic to raise the situation in the cocoa sector in both countries.

Officials of two cocoa regulatory bodies, Ghana Cocoa Board and Conseil du Cafe Cacao are already handling issues relating to the sustainability of cocoa production, research and marketing of cocoa from both countries.

In order to achieve the objectives of the new Initiative, the secretariat and its staff be accorded diplomatic privileges and offered support to ensure the effective operation of the organization.

Dr Owusu Afriyie Akoto, elected the first Chairman of the Steering Committee of the Ghana-Côte d’Ivoire Cocoa Initiative, described the meeting as historic and important since it sought to ensure the realization of the vision of President Nana Addo Dankwa Akufo-Addo and President Alassane Ouattara.

With the Africa Continental Free Trade Area (AfCFTA) also situated in Accra, it is further expected that interest of foreign investors will be attracted to the country and the West Africa region. According to official reports, Cameroon and Nigeria might also join the Initiative. Ghana and Côte d’Ivoire, the two West African neighbors, jointly account for about 70% of the world’s cocoa output. Ghana and Côte d’Ivoire are located on the coast in West Africa.

The Kingdom of Saudi Arabia Reveals the Inspired Experiences Awaiting Visitors at Its Stunning Expo Pavilion. 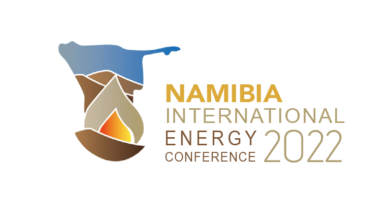