Widespread protests have erupted in South Africa following the arrest of the country’s former President Jacob Zuma. The protests which started in Zuma’s home province of KwaZulu Natal have slowly engulfed other parts of the country. Numerous vehicles and trucks have been burnt while major roads blocked.

Jacob Zuma is set to spend the next 15 months behind bars. However, if anything is to go by, Zuma’s 15-month stay in prison will definitely not be smooth sailing for the country’s leader Cyril Ramaphosa together with the ruling party the African National Congress (ANC) as they will have to appease the multitudes of Zuma’s supporters who think he was unfairly targeted and just a political scapegoat.

According to the South African police, the protests have provided a conducive environment for criminals to take advantage of as they have been reports of numerous break-ins and looting since the start of the protests. KwaZulu-Natal police spokesman Jay Naicker said that the numbers of “criminals or opportunistic individuals trying to enrich themselves during this period” rose significantly.

Since the start of the protests, it’s been reported that several buildings and cars were burnt while NatJOINTS, the national intelligence body said that over 300 people barricaded a major highway in Johannesburg, South Africa – a move which affected the smooth flow of business in Africa’s biggest economic hub.

In one incident, a police officer was shot in Alexandra, a township in Johannesburg while two other officers were also hurt. Over 60 protesters have been arrested while one man is believed to have died during the protests. A statement released by the police starts that “An investigation is under way to determine the circumstances surrounding the fatal shooting of a 40-year old man who was certified dead at a local clinic”.

Speaking on the protests which have engulfed some parts of the country, President Cyril Ramaphosa called for peace to prevail and for the rule of law to take its course. “The impact of public violence against the road freight industry and damage to freeways that serve as economic arteries will be felt also by the people organizing and committing these crimes,” Ramaphosa said.

Mzwanele Manyi who is the spokesman of the Jacob Zuma Foundation said the protests are a response to an unjust system – “It is the result of a vicious sentence given to a 79-year old man without giving him the right to a fair trial.”

South Africa’s Parliament presiding officers said they were “sympathetic to the personal difficulties confronting former President Jacob Zuma. However, the rule of law and supremacy of the constitution must prevail.”

Zuma’s legal team will have an early day in court on Monday 12 July, 2021 hoping to get the former president’s prison sentence rescinded or reduced.

Zimbabwe has culture and tradition of political dialogue to solve its long standing conflicts....... .......Africa has gone the same path 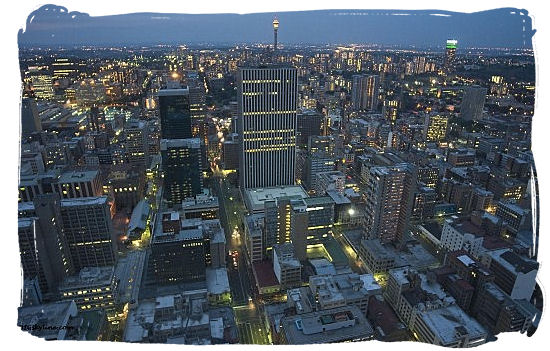 Johannesburg is Africa's most visited city