The Christian Lawyers Centre popularly known as LEGAL Link has in an open letter to President Julius Maada Bio called on the president to lift the suspension on congregational worship in churches, mosques and other religious places in the country. President Bio in a televised address on 1st July to the nation, re – instituted a nationwide curfew, banning the opening up of religious and places of worship among other measures for a month after the World Health Organization (WHO) and the Ministry of Health and Sanitation confirmed the new Indian Delta Variant in the West African nation.

“Christian Lawyers Centre also known as LEGAL LINK has seen and heard your broadcast to the nation of Sierra Leone dated 1st July 2021 introducing a plethora of measures to effectively address the third wave of the Coronavirus (Delta variant) in the country. As an organization that defends the rights of religious communities and vulnerable groups in Sierra Leone, we sincerely commend the leadership you have shown thus far and also acknowledge the good work that NACOVERC has done and is still doing regarding the fight against the Coronavirus in the country,’’ the letter reads.

According to LEGAL LINK they believed that without any iota of doubt, the President’s timely interventions and guidance which they said have fundamentally helped in saving lives and livelihoods during this challenging period in world’s history but however doubted the president’s action to suspend the opening of religious places for a month as they say  there is no data, or  scientific evidence or empirical studies undertaken either by NACOVERC or any other related body to show that religious institutions and places of worship have recorded huge number of infections, deaths or hospitalizations or have become the epi-centre for transmissions or have been out rightly cavalier in the coronavirus fight in the country.

“But be that as it may however, in this our open letter sent to you, LEGAL LINK has raised 5 cogent and convincing reasons as to why you Excellency should consider the lifting up of the suspension on Congregational worship and prayers within religious institutions in the country. Firstly Your Excellency, though your intentions are quite understandable and are premised on  saving lives, we at LEGAL LINK are however concerned particularly with the measure suspending congregational worship in churches, mosques and other religious places for a month in the country. This is so because such a measure might have the proclivity of not only producing hardship for the religious community but also deprives our nation of a sustained spiritual response in the fight against the noisome pestilence called COVID-19 in our shores,’’ LEGAL LINK believed.

The Rights group noted that the   COVID-19 virus is a pestilence that needs to be dealt with not only through scientific and physical means but much more by a united spiritual response thus adding that this is the case because, like the Bible records in Psalms 91 from verse 3 to 7, our ultimate protection from such noisome pestilence can only be ensured by God Himself.

‘’A suspension therefore of Congregational worship and activities will gravely undermine the realization of the above spiritual objective; which you and I know is highly recommended at this time especially where powerful nations and medical experts across the world have been humbled by the virus and are seemed to be running out of ink and ideas regarding medical solutions to dealing with the coronavirus pandemic,’’

The group further noted that religious institutions have been the most compliant of all when it comes to adherence to the COVID-19 guidelines issued by NACOVERC to prevent and to curtail the spread of the virus in the country adding that without any doubt, there is outright disregard for many of NaCOVERC’s COVID-19 measures in other places and institutions including government offices when compared to places of worship.

“As a matter of fact, in our last documentary survey conducted by LEGAL LINK to assess the impact of Covid 19 on the religious community in Freetown, Sierra Leone, we found out that there is over 90% compliance rate within religious institutions with regards the core COVID-19 measures introduced by NACOVERC for the safe return to Congregational worship in Sierra Leone’’

LEGAL LINK boasted that they were the only institutions in the country to have done a survey adding that the findings of our documentary survey  revealed that no religious institution in the country has ever recorded a single coronavirus outbreak or crisis situation since the return to Congregational worship in July 2020.

“Thanks once again for your outstanding leadership in the COVID-19 fight and especially for encouraging people to take the vaccine rather than making it mandatory in your public address to the nation. This shows your outright respect for the right to health of your citizens and their right to make informed decisions regarding same. May God richly bless you.’’

Sierra Leone:Sand mining and the destruction of Kialondo beach and the Moa River. 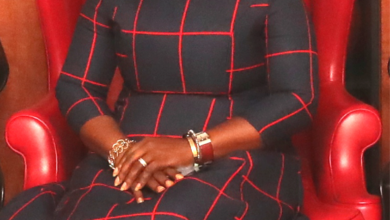 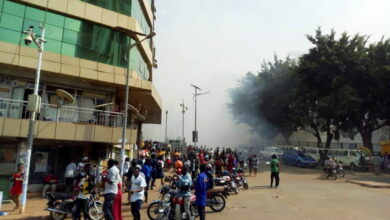 Securex returns to Lagos to inspire, engage and reconnect its community