Emmeline Uwimana used to trek more than 7 kilometers whenever she sought health services either for herself or for her children.

“I was born here and grew up here, my parents used to take me to the hospital whenever I felt sick and it was hard because the nearest hospital was in about seven kilometers,” says Uwimana, now a mother of three.

The resident of Musha sector in Rwamagana district, Eastern Province says, it was always hard for her and other citizens to get medical services.

“Sometimes you felt sick but you could not get to the hospital because you were scared of the long-distance,” she says. “We ended up using traditional herbs or illegal medicine as a resort,” she adds.

However, Uwimana’s worries are no more. The government has constructed a health post nearby her home where she gets health care services without trekking longer distances.

“Now we can get treatment for some diseases here, we only go to the hospital whenever referred to that hospital,” she adds.

“I got antenatal health services from the health post and just went to the hospital when it was time to give birth,” she said.

The health post, she says helps the local community to get basic services and patients are not finding it hard to get treatment.

“Now more people are treated unlike previously when it was hard, we used to depend on buying medicine to pharmacies while others opted for herbs,” she added.

The health post-Uwimana get services from is one of the hundreds facilities set up by the government in a bid to avail health facilities to citizens.

According to the ministry of health, the plan is to have each health post in all the cells across the country.

A cell is the second small entity in local government administration and the country has 2140 cells.According to the minister of health Dr. Daniel Ngamije, the country nears having at least one health post in every cell of the country.

“What we want to do now is putting more effort in making sure those that don’t have such services will get them. For those that already have these facilities, we want to ensure that they provide a full package of primary healthcare services,” he added.

The health posts, which are just below health centres, are expected to deliver basic medical services, including non-complicated births and other primary healthcare services.

In its Strategic Plan unveiled in 2018, the ministry said it wanted to put focus on having at least a health post in every cell by 2024, in order to improve citizens’ access to health services.

“We always have more citizens who access treatment from health posts. It is clear that there is a need for us to remember the lives of children, parents, and all people in general so that we bring near them primary healthcare services,” he said.

Ngamije said that the government got support from partners such as S.C Johnson Inc, an American multinational company that manufactures household cleaning supplies and other consumer chemicals.

SC Johnson has been an important partner in the ministry of health’s efforts to improve and equipping of health posts, in a bid to advance universal health coverage.

With collaboration from SC Johnson, a total of 64 health posts have been constructed and equipped, of which 10 are of the second generation (offering maternity services and dental and ophthalmology services).

Rwandans have access to affordable health care services, thanks to the community-based health insurance (Mutuelle de Santé) where every household subscribes to it and gets medical services from all the health facilities. 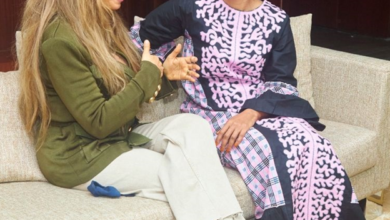 There is progress on gender equality and empowerment in Africa, but more still needs to be done; PAWO Congress