Windhoek – Namibia, like her neighbour South Africa, has on Thursday expressed its objection to the decision by the African Union (AU) Commission to grant Israel observer status in the continental union.

The Ministry of International Relations and Cooperation Executive Director, Penda Naanda said in a statement that the Namibian government is deeply concerned and disappointed that the AU Commission received credentials from the Ambassador of Israel.

“Granting observer status to an occupying power is contrary to the principles and objectives of the Constitutive Act of the African Union, particularly at a time when the State of Israel is increasing its acts of oppression in total violation of international law and disregard for the human rights of the Palestinian people.

“It is also contrary to the firm and solid commitment of the Heads of State and Government of the AU to support the Palestinian cause, as evidenced in the various declarations adopted at each Ordinary Session of the Assembly. Namibia believes in the two states as a solution to the issues between the State of Israel and Palestine.

“Namibia, therefore, disassociates itself from granting observer status to the State of Israel, while the reason for Israel loss of the observer status in 2002 remains unchanged. Namibia maintains that Israel can only re-gain observer status at the AU on condition that it ceases to occupy Palestine, and grants its people the right to self-determination,” Naanda said.

Naanda stressed that Namibia will officially submit its reservation to the Chairperson of the AU Commission, in due course.

Namibia’s objection came a day after South Africa also objected to a similar decision by the AU Commission. In a statement issued by the Department of International Relations and Cooperation, the South African government described the decision as “unjust and unwarranted.” Pretoria further accused the AU Commission of taking the decision unilaterally without consultations with its members.

“It is therefore incomprehensible that the AU Commission chooses to reward Israel at a time when its oppression of Palestinians has been demonstrably more brutal. The South African government will as the Chairperson of the Commission provide a briefing to all member states on this decision which we hope, will be discussed by the executive council and the assembly of heads of states and government,” read the statement.

The Chairperson of the AU Commission Moussa Faki Mahamat on July 22, 2021, received credentials from Aleli Admasu, Ambassador of the State of Israel to Ethiopia.

Mahamat noted in a statement that the conflict between the State of Palestine and Israel has been a cause of great concern for over seventy years with various regional and international actors having participated in the search for peace between the two nations.

He noted that a lasting solution was required to ensure the co-existence of both nations and to allow their people to live in a state of peace and stability. 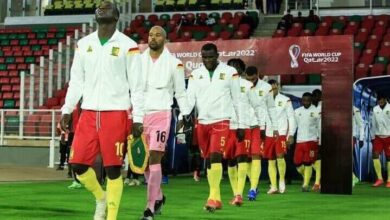 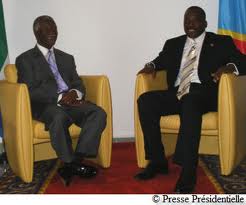