Mozambican authorities have recovered 66 containers of wood smuggled out of the country to China last December, the environment minister, Ivete Maibaze, announced. The containers were part of a batch of 76, and Maibaze said that the other 10 were being returned.

She added that Mozambican and Chinese authorities had a memorandum of understanding to guarantee that wood smuggled out of Mozambique was returned. Many studies have reported that Mozambique is suffering from illegal logging.

The government has introduced new rules to restrict the production and export of timber in response.

The provincial forest service in Cabo Delgado province has denied being involved in the smuggling of timber shipped out of the port of Pemba in January.

According to a source at the service, the wood was under the authority of the province’s judicial court, which had prohibited its export in August last year, due to the alleged illegality of the process, which resulted in the arrest of nine civil servants.

The same source said that the wood was then smuggled using the export certificate of the company Zambeze Agro-Florestal, adding that the company did not ask for authorisation to export the wood, and yet it still left for China.

A study commissioned by the Civil Society Learning and Training Centre says that communities in northern and central Mozambique prefer collaborating with smugglers, especially Chinese, because the government takes much longer to pay for timber.

The study says that villages from the provinces of Niassa, Nampula and Zambezia have not received 20% of the resource exploitation fee since 2019. Lázaro Mabunda, a CESC consultant, said that they preferred to deal with the Chinese and other illegal operators because there was no bureaucracy and they got paid immediately.

According to Dionísio Nombora, co-author of the study, licensed operators did pay the fees due in 2019 and 2020 to the government, but communities did not see the money. Mabunda recommended involving local communities in the drawing up of all forest and wildlife concessions, to generate trust and avoid tensions between communities and operators. 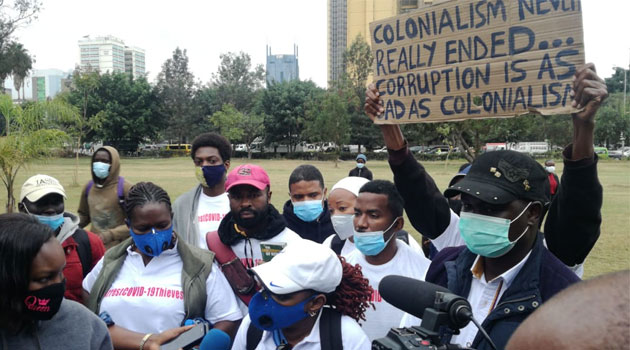 Kenyans hold demonstration over missing funds in the Ministry of Health

South Africa: Baseless and Defamatory Claims about Speaker on Twitter