Professor Joel Aivo, a political activist who was a candidate in the last presidential election, was prevented from competing and was arrested on 15 April 2021. This arrest is arbitrary and cruel, unacceptable in a state governed by the rule of law.

This arrest is marked by arbitrariness, in that it is inappropriate, unfair, and flouts judicial guarantees, the principles of reasonableness, necessity and proportionality. Arrested without an arrest warrant, without any reason, Joel Aivo is prevented from preparing his defence as his lawyers are deprived of any access to the file. Joel Aivo’s arrest and detention are contrary to international human rights law and Benin is in breach of its international obligations by detaining him in this way.
But this arrest is also arbitrary because Professor Aivo was arrested and is detained in Benin because he read out a text: this text is the Constitution of Benin. He dared to recall that Benin is a democracy and a state governed by the rule of law. He is imprisoned because he expressed himself publicly and made known his opinion as a constitutionalist on a legal issue, as a professor, as an intellectual, as an expert, as a citizen.

But this arrest is not only arbitrary, illegal, and unjust, it is also particularly cruel. Indeed, if it is in itself cruel to arbitrarily detain an intellectual for expressing his ideas, it is even more cruel, cowardly and despicable to incarcerate him in unacceptable conditions that expose him to risks to his life, integrity and health. And yet, the Beninese authorities, far from respecting their international obligations in this matter, have chosen to incarcerate Professor Aivo in a cell with 38 detainees, in inhuman, cruel and degrading conditions. The prison authorities thus voluntarily forced the cohabitation of prisoners suffering from the Coronavirus with other healthy prisoners, in unspeakable sanitary conditions, thus choosing to expose them to an almost certain risk of contamination of the disease. This is how Professor Joel Aivo contracted the disease, only to be denied access to treatment, all in the perspective of inflicting cruel, inhumane and degrading treatment on him.

Joel Aivo’s detention offends the universal legal conscience and is intolerable in a state governed by the rule of law. In addition to the arbitrariness of his detention, the cruelty of the conditions of his detention exposes him to a certain risk of harm to his health and integrity.

Joël Aïvo’s immediate release is demanded by his lawyers and by human rights defenders, and it is necessary not only for reasons of justice but also for reasons of humanity, common sense and conscience. Free Joël Aïvo! Free the Professor! 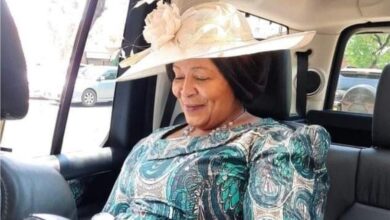