The Royal African Society is delighted to announce the election as its new Chair of Ms Arunma Oteh in succession to journalist and broadcaster Zeinab Badawi, who is stepping down after seven years, at the end of her second term.

Ms Oteh is a member of Global Leadership Council at Said Business School at the University of Oxford, and a member of the London Stock Exchange Africa Advisory Group. She was previously Treasurer and Vice President of the World Bank, Director General, Securities and Exchange Commission, Nigeria, and Group Vice President and Treasurer at the African Development Bank.

As Chair, Ms Oteh will be responsible for leading the Council that sets the Society’s strategic direction for the achievement of its mission. She will serve a renewable term of three years.

Ms Oteh said, “This is a tremendous opportunity for me to lead such an eminent Council and contribute to the great work that the Royal African Society has been doing for 120 years. The Society offers so many possibilities to learn about Africa, to influence policy, and to showcase the business & cultural opportunities that Africa offers, and thereby help unleash Africa’s enormous potential.  Our work will also help strengthen the relationships and partnerships that African countries and the U.K. need, in order to address the important challenges that the world currently faces”.

The Society’s Director, Dr Nick Westcott, added: “We are delighted that Arunma has agreed to take on the role of Chair.  She is a great champion for Africa and will play a key role in connecting the Society with Africans everywhere and in ensuring their voices are heard.  Her extensive experience across business, economic, academic, cultural and political spheres will be invaluable.”

Ms. Arunma Oteh OON is an Academic Scholar at St. Antony’s College and an Executive-in-Residence at Saïd Business School (SBS), University of Oxford.  Her research areas of focus are capital markets, economic development and financial technology. She is also a member of the London Stock Exchange Africa Advisory Group and a member of Global Leadership Council of SBS. She was previously Treasurer of the World Bank, Director General, Securities and Exchange Commission Nigeria, and Group Vice President and Group Treasurer, African Development Bank Group. She started her career in 1985, at Centre Point Investments Limited, Nigeria. Ms. Oteh holds an MBA from Harvard Business School and a BSc, First Class Honors from the University of Nigeria, Nsukka. Ms Oteh has also served on several boards and has received several awards notably Nigeria’s Officer of the Order of Niger (OON) National Honour. She was named one of PowerList’s 2020 top 100 people of Black Heritage in the U.K., and one of Africa’s 50 most influential African women by Forbes Africa in March 2020

The Royal African Society is a membership organisation that provides opportunities for people to connect, celebrate and engage critically with Africa today. Through our events, publications and digital channels we share insight, instigate debate and facilitate mutual understanding between the UK and Africa. We amplify African voices and interests in academia, business, politics, the arts and education, both in the UK and globally, reaching a worldwide network of nearly three million people.  The Society is celebrating its 120th Anniversary this year 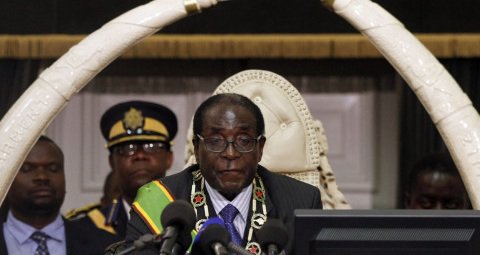