Former Executive Director of the Danquah Institute, Gabby Otchere-Darko has said the activities of homosexuals are already illegal in Ghana. He said the new anti-gay bill that has been sent to Parliament will only lead to Ghana being blacklisted for promoting hate.

Gay+ activities are already illegal in our country. But, we aren’t known to hate. The President has given his word he won’t legalize it. According to him the Bill only serves one purpose: to get Ghana blacklisted for promoting hate! Further said, the promoters of the Bill can’t say they aren’t aware.

The Member of Parliament for the people of Ningo Prampram Samuel Nartey George and some other lawmakers are sponsoring an anti-LGBT+ Bill in Parliament.

Sam George is receiving flak from some quarters for sponsoring the anti-LGBT+ agenda. A Ghanaian musician Sister Derby who is also a known advocate of LGBT+ rights in Ghana “obsessed with people’s sexual orientation” and tagged him as a pervert and backward thinker.”

But he has said his is opened to intellectual debate on the anti-LGBT+ Bill he and some of his colleague lawmakers are sponsoring. Speaking in an interview said emotional outbursts have no place in legislation.

The lawmaker said they are opened to intellectual criticisms or criticisms and suggestions grounded in law.

Mastercard Foundation Appoints Two New Members to its Board of Directors 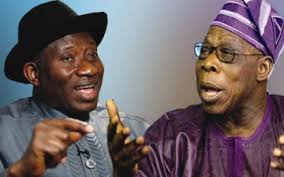