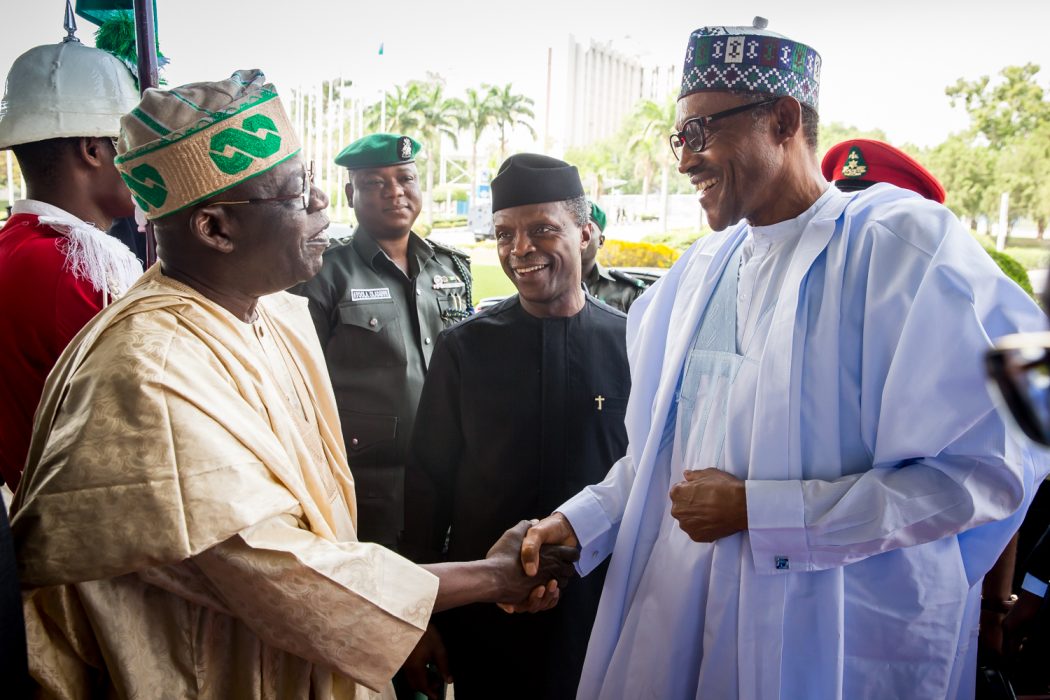 Nigeria: Pall of insecurity persists as 2023 polls build up continues

The announcement this week of Professor Kingsley Moghalu’s intention to run for the presidency in Africa’s most populous democracy in 2023 may not have come as a surprise to many.

For those who have followed his political trajectory since his first attempt in 2019, it was quite clear that the former Deputy Governor of the Central Bank of Nigeria would be a candidate once again. But as in 2019, the question remains: how far would he go at the end of the day? More so when the field is indeed a very treacherous and slippery slope, that is laden with a lot of guile and plotting.

Nigeria has its next Presidential Elections scheduled to hold in the first quarter of 2023. But many know that the race has indeed started. And even when the aspirants are not in very plain and visible light, a lot of background activity is definitely taking place.

Indeed, some commentators wager that the build-up to the forthcoming contest had indeed not only begun before the 2019 elections, it is clearly getting more intense by the day, with different variables showing up on the cards.

We begin with the issues. What are the big issues that are at play in the contest?

The performance or lack of it of the incumbent administration is a first point of contention. With six clear years behind its belt, many within the Nigerian public are simply no longer in a mood to be told tales about how badly the previous administration has governed. Having seen the spike in insecurity, unemployment, naira exchange rate that have characterised the life of the Buhari administration this far, they are in a foul mood.

Related to this is the challenge of holding the nation together. The past few weeks have seen a spike in separatist agitation and calls for the restructuring of the federation. Even in the formal constitutional amendment process convened by the National Assembly, the clamour for a wholesale restructuring of the federation, and in many cases, for a totally brand new constitution have been on the ascendancy. Across the country, there is a clearly growing consensus that something indeed has to give.

But what may indeed be the most troubling of concerns is the continuing and rising spate of insecurity. With literally no region of the country being spared, and with the security services thinly spread all over the country – and in many cases now being at the receiving end of assailants’ fire – there is a growing worry as to where the nation would be standing when the elections season gets into full drive. Indeed, further proof that the 2003 polls is already being threatened by the growing orgy of violence, arson and destruction can be seen in the fact that aspirants for the forthcoming gubernatorial elections in the South Eastern state of Anambra have literally been frightened off the podium after one of them, the former Central Bank Governor, Professor Chukwuma Soludo, was the victim of a campaign venue attack. And even more ominously for the national polls is the fact that no less than 42 electoral commission offices had been torched.

But politicians being incurable optimists, they continue to push on. This week, one of the leading candidates in the computations of bookmakers, former Lagos Governor, Asiwaju Bola Ahmed Tinubu was engaged in firefights to keep his primary Lagos base under control. It had to do with local council polls and as at the time of going to press, strenuous efforts were still being made to ensure that the ruling All Progressives Congress, APC maintains a great degree of internal cohesion.

Almost without voicing it himself, evidence of Tinubu’s interest in the 2023 presidential contest proper has long been established. Indeed, almost one year before the 2019 polls, it was evident that the Bola Tinubu-led Action Congress of Nigeria, ACN component of the ruling All Progressives Congress, APC was already feeling slighted as to how the CPC component of the alliance had dealt with it. Some rapprochement was made for the purpose of re-electing the incumbent President but it was clear to discerning observers that it was only a temporary truce.

Shortly after ensuring victory for Governor Babajide Sanwo-Olu in Lagos in the same polls season, Tinubu almost physically relocated to Abuja to commence plans for the 2023 presidency.

Tinubu is pushing on with his campaign but there are obstacles. First is the opposition of many of his heavyweight APC co-travellers from the North. Then there is the fact that as a Muslim, he is a minority in religious terms in the South. There are also questions of his being allegedly tainted by ‘corruption.’ And more recently, his less than salutary handling of the #EndSARS protests has not helped his rating with the youths, the most dominant demographic category overall.

One of Tinubu’s major rivals, Governor Nasir El Rufai of Kaduna State is on record as being, alongside Tinubu, one of the core drivers of the APC alliance. He was quite visible in the CPC delegation that held talks with the ACN to kickstart the APC. He has also long being in the wings from the Obasanjo days as a presidential contender. It is not in doubt to close observers that he wants to succeed the incumbent. But he has major challenges: his handling of the ethno-religious issues in Kaduna, his recent brush with labour and the question of power shift to Southern Nigeria which socio-cultural groups like the South Eastern Ohanaeze, the South Western Afenifere and the cross cutting PANDEF and the Southern and Middle Belt Peoples Forum have continued to underscore.

If El-Rufai is caught in the power shift bind, he is not alone as indeed some of the best prepared aspirants in the process today also face that challenge.

One of these is Abubakar Malami, SAN, the serving Attorney General of the Federation, AGF. Presumably the biggest single power broker in the APC system now at the federal level, as  a contender however, he would have to deal with his being Northern as well as some of the decisions and statements that he has been publicly associated with.

There is also Sokoto Governor, Aminu Waziri Tambuwal, who has also been a contender since 2015, and who is said to be planning to once again run with the ebullient Rivers Governor, Nyesom Wike on the PDP side. But his being a Northerner is a primary hurdle to cross.

It is a not too dissimilar situation for the biggest player in the PDP, their 2019 candidate and former Vice President, Atiku Abubakar. Big or not, Atiku has drawbacks related to the fact of his being a Northerner and then his age. Like Tinubu also, there is also a subsisting ‘corruption’ tag that also remains here.

Governor Kayode Fayemi is a South Western APC compromise that the Northern flank has subtly indicated they may be willing to work with. But there are no guarantees.

Also in the radar too is the prospect of several disenchanted individuals and interests from the civil society, labour and ENDSARS groups rooting for a ‘third force’ option. This has failed to materialise now and again in the past but for those who think this is a possibility, they believe that the dismal state of affairs in the nation today may be the biggest factor that could help its emergence this time around.

But should this pan out, who is their likely candidate? Can Moghalu rise to the challenge? Would he be acceptable to the broader mass of the population?

For one, Moghalu has no grassroots base and he is perceived as an aspirant for the elite. Rightly or wrong that is a big disadvantage for him.

Secondly, I really don’t see him as having the capacity to deal with the multiple environmental and sociopolitical diversities of Nigeria. He will have a lot of learning to do on the job to instill confidence around the nation.

I see him as a very effective VP. Devoid of having to deal with political coloration, he will run the economy exceptionally well..

So if he is not the one, who is the anointed?

Meanwhile the nation bleeds on. Sadly.