The Justice Minister has suspended all the management of the Maputo women’s prison pending an investigation into allegations of pimping out the inmates.

Helena Kida also announced the creation of a commission of inquiry to investigate the case — but hopes are not high for an honest and transparent procedure after her performance at the prison yesterday.

Journalists were invited to cover her visit to the prison at 10am, only to be told just after midday that she had done her visit at 8am. Kida then appeared, and gave a press conference promising an independent investigation that would report back within 10-15 days.

Khida also announced that a similar investigation would be conducted in every prison across the country.

The minister guaranteed that should prison guards be found to be involved in forced prostitution, they would be held accountable and disciplined or prosecuted. Action would also be taken against the clients who paid for sex with the prisoners.

Following the press conference, journalists were invited in to speak with prisoners — but after a number of prisoners said they were willing to speak, they were then taken aside by members of Kida’s team and prison guards, apparently to discuss what they were going to tell the journalists. The journalists then left without speaking to the prisoners.

The allegation that prison guards are forcing female inmates to prostitute themselves was made by transparency watchdog CIP, which investigated the Cadeia Feminina de Ndlavela women’s prison in Maputo.

According to CIP, prison guards can receive around €40-€400 ($48-$480) for each inmate, in what they call a lucrative business only available to the well-off in Maputo. CIP called for the creation of an independent commission of inquiry involving different state bodies and institutions to investigate the case. 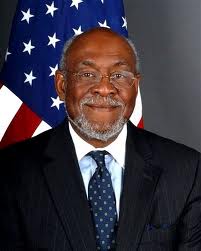