The former Minister for Gender, children and social protection, Freda Prempeh says there should be an amendment of law which will prevent people from giving alms to those on the street.

According to her we have some of the street beggars who can work to gain money to take care of themselves or school.She further explained that the ministry has taken monitoring and evaluation of
orphanages seriously and then the ministry will ensure that agonizing of children in orphanages will not repeat itself.

She stated that Orphanages are homes for children whose parents are dead or unbolt cater for them.The minister said apart from the fact that owners of orphanages are helping to cater for other children, others set up orphanages for their own selfish gains.

She says the ministry will ensure that the right thing is done in the case of the Echoing Hill Village since it cannot be closed down. She urged all Ghanaians to partake in catering for children in orphanages because it is a collective duty not that of government only.

The beggar’s on the street are nowadays becoming more dangerous due to the recent activities of personal attack on vehicles in traffic. The issue of robbery is getting out of hands. We as Ghanaians and foreigners should be careful in traffic when the red light is on because they will come close to your car in the name of asking for money but would rather be searching on how to attack you. 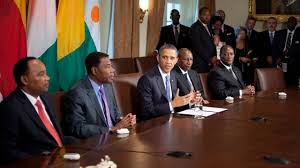 Will Trump Threaten to Pullout or De-fund the United Nations?