The Ghana Supreme Court in a unanimous decision has awarded 14,689 cedi’s judgment debt against the state.

The five member panel presided over by the Chief Justice, Justice Anin-Yeboah, said the state should pay interest at the prevailing rate from November 28, 2014 to the date of payment to NDK. According to the Chief Justice, reasons for the decision of the Court would be made available before June

Earlier, the apex court appointed PricewaterhouseCoopers Ghana – an accounting firm – to ascertain the veracity of the over GH¢1.2 billion claims being made by NDK Financial Services Limited against the government through the Ministry of Energy.

The state represented by the Attorney-General and the private firm was then ordered by the court to prepare legal accounts for the auditing firm to work with.

That auditing was to verify how much the state has been able to pay through the Bank of Ghana and whether NDK is still entitled to more payments amounting to some GH¢1,273,000,000 as judgment debt.

The apex Court’s order followed an application by the Attorney-General insisting that the state had fulfilled all financial obligations to NDK with regard to certain payments and interests based on the court’s order.

The court in its judgment on Wednesday, June 2, said the state should pay NDK GHc14, 689.74 instead of the over GHc1.2 billion it was claiming.

In March 2019, when the parties appeared before the court, then-Deputy Attorney General Godfred Yeboah Dame told the court that as far as the government is concerned, it has already complied with the judgment of the Supreme Court, but NDK continues to make ‘unsubstantiated’ claims for more money.

According to him, “NDK through a process of categorizing the judgment debt into ‘ascertained’ and ‘unascertained’ parts, has been persistently making claims for humongous sums from the applicant herein, albeit totally unjustified.”

But, Alfred Bannerman Williams, counsel for NDK opposed the application which he said: “seeks to truncate the execution of the court’s order.”

Counsel also challenged the ‘inherent jurisdiction of the Supreme Court based on which the AG had filed the application.

Counsel was, however, unable to tell the court how much money the AG owed them but said there were ‘unascertained’ payments. 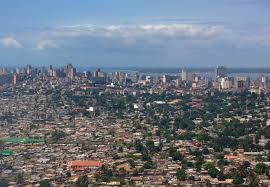