The police are in search of a suspect who allegedly killed Prince Yevu, aged 29, at Kotobabi Gaza Street in Accra. The suspect, popularly known as “Taata,” allegedly slashed the throat of Yevu when the latter intervened to rescue the 22-year-old lady from being attacked by the farmer.

Deputy Superintendent of Police (DSP) Mrs Efia Tenge, the Head of Public Affairs Unit of the Accra Regional Police Command, said the police received a distress call from Kotobabi on the incident. She said the call indicated that the incident occurred at about 2100 hours at Kotobabi Gaza Street.

Mrs Tenge said the police visited the Maamobi General Hospital and was informed that at about 2230 hours the same day, Prince Yevu was brought in dead with the right side of his throat slashed.

She stated that, the police also met with the 22-year-old lady who was on admission. Upon interrogations, she informed them that at about 2100 hours, she had a quarrel with one Akosua at Kotobabi Gaza Street. The lady said during the scuffle, Taata came in to attack her and when Yevu intervened, Taata allegedly slashed his throat with a knife. Mrs. Tenge further said the police later proceeded to the residence of “Taata” at Alajo to affect his arrest but he was not home. The body of the deceased had been conveyed to the Police Hospital mortuary pending autopsy.

Ghana:COVID-19 HAS TAUGHT US TO PREPARE YOUTH FOR THE FUTURE – EMPLOYMENT MINISTER 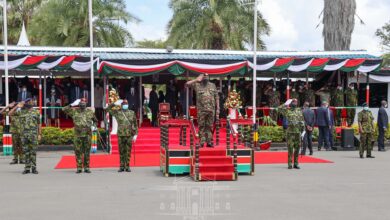 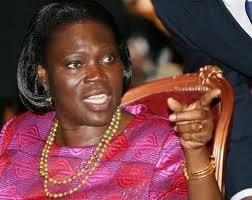 Simone Gbagbo Trial: First of many