The citizens of the Central African Republic (CAR) have endured decades of war and conflict. Merveille Yayoro, a young reporter at Guira-FM, the radio station run by the UN peacekeeping mission in the country (MINUSCA), says that she wants her work to provide an antidote to hate speech and misinformation, and help bring about a lasting peace.

“When people call in to the radio station they might be telling the truth, but they could also be spreading hate speech, and people often ask me to tell them if some piece of information they have heard is true or false.

This is why reporters need to travel throughout the country, so that we can see with our own eyes what is really happening on the ground, and how communities are struggling to survive on a daily basis.

Many people in the capital have no idea of what is going on in the interior of the country. They can eat and drink what they want, and walk around in peace and security, but when you travel inland, you can see that there is a crisis. People are not free to express themselves, or to go about their business freely.

I joined MINUSCA with the aim of doing my bit to bring peace to my country, and I think that my work with Guira-FM is having a positive impact, but sometimes it can be frustrating. People will come up to me and say, ‘we need you to help us, we need you to be able to support us, but you can’t solve our problems.’ All I can tell them is that help will come later, and it breaks my heart that I can’t do more. So, it’s important to share the stories of the people we have met and spoken to on Guira-FM.

UN Photo/Catianne TijerinaProtecting civilians is a key role of the UN peacekeeping mission in CAR.

When I was assigned to Kaga-Bandoro, which is around 300km from Bangui, I was the only woman from Guira-FM working in the field. Sometimes being young and female, with a family far away in the capital, can be an advantage. People want to help and, because I’m young, other young people find it easier to talk to me, and tell me things that older people wouldn’t.

But women in places like Kaga-Bandoro face many challenges. Many of them want to learn professions, but in some areas only boys are allowed to study, and in others there are no schools.

So, we started to use the local time slots made available by the national radio
station to make programmes that focus on women, and we seem to have made an impact. If you go to Kaga-Bandoro today, you will see that women are really starting to contribute a lot more. Not just in trades like sewing or hairdressing, but even on construction sites, you can see that women are working among men, who no longer think the industry is only for them.

‘One day, peace must return’

Central Africans need to see that we are all from one nation, and that we must work together to rebuild this country.

When I think of peace, I think of what I saw at a camp for Internally Displaced Persons (IDPs) in Birao, which is more than 1,000 km from the capital, near the border with Sudan.

I was trying to interview someone when an 18-month-old child came up to me, completely naked. The child just wanted was to be with me, so I took her into my arms, and carried on with the interview.

I thought to myself, if there was peace, this child would not be at an IDP camp,  she would be with her family in their home, living in peace, maybe in Bangui. There are some many children like that in IDP sites, who want to return home, but can’t because of the lack of security. One day, peace must return, so that these children can find their place.”

How to Write a Proposal that wins you Business (Part 1) 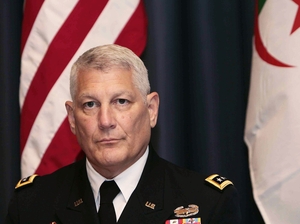