Media managers, journalists have been educated on the need to fight against hate speech and xenophobia in society. This meeting with journalists as part of the National Commission for the Promotion of Bilingualism and Multiculturalism’s (NCPBM) communication campaign against Hate Speech and Xenophobia took place from June 15 to 18 2021 in Buea.

The campaign did not only focus on journalists but other actors on the field from Civil Society Organizations, Church Leaders, Traditional authorities and others. This campaign was launched back in March in Yaounde and aims at knowing the causes, manifestations, consequences and recommendations from people across the country.

Speaking to the journalists were two members of the Commission in Benjamin Itoe (former Minister of Transport, Justice and Tourism) and George Ngwane (Head of the working group on Bilingualism).

“The meeting is to intensify the combat against hate speech and xenophobia. No country even if it is mini-cultural can tolerate hate speech” Benjamin Itoe, Member of the NCPBM said.

“We need to consolidate our diversity by fighting against hate speech. If we allow it to go then the country will disintegrate and will no longer leave in peace and harmony that it needs to develop. Xenophobia and hate speech is perpetrated by individuals for their gains and the personal gains of their ethnic origins.”

From qualifying some tribes as more beautiful or intelligent than the others, the lack of resources to the frequent appointments of the same persons to the government or from one tribe were all avenues that the journalists brought forward as causes of the rise of hate speech in the country.

After taking part in a group exercise, the journalists brought out some vital points that should be implemented such as the education of the population and even the implantation of subjects from the primary school on hate speech and xenophobia.

Others looked at the need for sensitization campaigns to be carried out in villages to educate the population on the need to shun the practice of hate speech; the creation of programmes to address this issue, and addressing the root causes of people’s problems in the country.

Hate speech has continuously promoted conflicts in the communities despite the national and international instruments put in place to limits its effects. “Anglo-fool”, “Franco-fool”, “Bami”, and “Graffi” are all words that are being extensive use in the Cameroonian milieu.

In the past, it might have been looked at as a way of making fun but today, they are all regarded as derogatory words, words that instead cause divide than uniting the population together.

“We need to look at the policies and laws that were put that have resulted in hate speech. Hate speech is in various dimensions and we need to address the root causes of the problems and solve them. If not we will continue (having hate speech),” Dr Kingsley Ngange, Associate Professor and Head of the Journalism Department in the University of Buea said.

The use of hate speeches and many other derogatory statements are part of the causes of the ongoing Anglophone crisis that has been for the past four years and entering the fifth year. Many Anglophones feel that their Francophone brothers west of the Mungo “do not like them” or “do not understand the problems that they are going to.”

It is common to hear someone being referred to as “blackleg”, “ekelebe”, “Larrisa”, all being used in connection to the Anglophone crisis. When these slangs are used it only goes a long way to increase social tension in the country, observers have noted.

This rise in hate speech has equally been compounded by the extensive use of various social media platforms like WhatsApp, Facebook, Twitter and others. Time without number individuals in the country and those in the Diaspora have been noted to have sent various derogatory messages to individuals especially as people have taken sides in the ongoing crisis.

The journalists have taken the firm commitment to become volunteers for a coalition against Hate Speech and Xenophobia. They have also called on the authorities to strictly implement the law on hate speech as a means to mitigate or curb the rise of hate speech across the country. 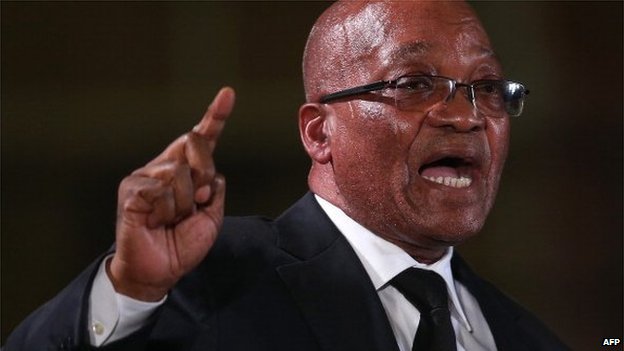 Apartheid’s evictions: Can they be overturned?