CHRDA has been reliably informed of the arbitrary arrest and detention of Barrister AMUNGWA TANYI NICODEMUS, arrested on May 31st 2021, by elements of the National Gendarmerie and detained at Secretariat d’Etat a la Defense (SED) in Yaoundé.

He is a Yaoundé based Lawyer and member of the Cameroon Bar Association, and a Defense lawyer for Sisiku Julius Ayuk Tabe and several other Anglophones detained in connection with the Anglophone crisis.

He was arrested at Groupement Territorial de la Gendarmarie at about 4 p.m. while representing his client. He was arrested on allegations that content and information related to the Anglophone crisis was found on his telephone after an arbitrary search by a gendarme officer.

According to Barrister Amungwa, he was arrested by gendarmes because he was vehemently contesting the arbitrary nature of their investigations and arrest of his client. Whereas, the report of the gendarmes who arrested him is to the effect that he took photos, an act which prompted the gendarme officers to seize his phone and in the course of searching for such photos, they found other content and post related to Anglophone struggle and killings of military officers.

This alleged findings of the gendarmes led to his arbitrary arrest and at about 5pm, he was transferred to the Service Central des Recherches Judiciaires at SED where he is currently in Custody and accused of Inciting Acts of Terrorism.

CHRDA condemns this arrest as it is a direct attack on human rights defenders and call for his immediate release. The telephone of a lawyer as well as journalist and other human rights defenders is not subjected to any arbitrary search without a warrant. By dint of the fact that such persons deal with information which is obtained from all sources including social media, the presence of such information in their keeping must not be subjected to any criminal prosecution.

Generally, messages are forwarded via WhatsApp groups without the consent of the recipient, and possession thereof does not suffice to make one a criminal unless there is evidence that he shared same. Several Anglophones have been arrested and detained and some tried on counts of terrorism for the mere fact that their telephones were arbitrarily searched by military officers and images and other content related to the Anglophone crisis was found in their possession. We therefore condemn this attitude of the military and call for the immediate release of Barrister Amungwa and all persons arrested under similar circumstances. 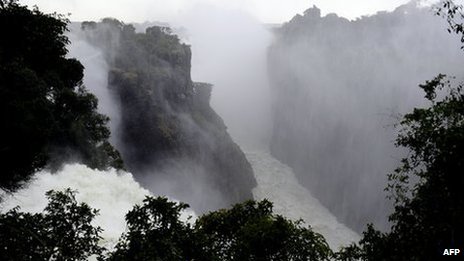