Over a decade has elapsed since what we might consider the high point of democracy, when democratization was increasing and many countries around the world were making meaningful efforts to strengthen democratic characteristics of their systems of government. Freedom House’s 2021 Report is one of many reports of recent years presenting a gloomy picture of steady decline in the global state of democracy. This decline is particularly pronounced in Africa and the Middle East: several countries in these regions are experiencing incontrovertible reversals of decades of democratic gains, while a few others are yet to make any meaningful subscription to democratic principles.

For Africans, Freedom House’s 2021 report makes for grim, if unsurprising, reading.  The number of African countries considered free declined from 11 in 2006-2008 to nine in 2021, while countries not free increased from 14 to 20; the number of partially free countries also declined from 24 to 22. The report identifies only eight countries in Africa as free, through their notable efforts beyond elections: Mauritius, Botswana, Cape Verde, South Africa, Seychelle, Ghana, Sao Tome and Principe, and Senegal .

If regular elections were the sole measure of the rise of democracy, one would think that Africa is making progress in advancing democracy. Amidst the COVID-19 pandemic, 15 presidential and parliamentary elections were held across the continent in 2020. Yet many of these elections were marred by stark repression of political opponents. Countries such as Chad, Tanzania, Burundi, Guinea, Mali, Zimbabwe, Togo and Ethiopia imposed restrictions and shutdown internet services, denying oppositions the opportunity to reach out to electorates and mobilize their political bases. Similar repressive tactics were also reported in the presidential elections early this year in the Republic of Congo and Uganda, where the incumbents starved opponents of resources and mobilization .

Leaders of these repressive regimes organize elections as a façade to cover up the deeper deficit of democratic governance in their countries. Such leaders should be reminded  that democracy’s complex requirements are not limited to elections, but include protection of media, distributing news and comment, the protection of freedoms and liberties, the guaranteeing of free and uncensored discussion, and respect for legal entitlements.

The threats to democracy in Africa have multiplied over the past year, and many observers have warned that authoritarian leaders took advantage of the often drastic lockdowns occasioned by the COVID-19 pandemic to intimate and harass their political opponents. Some leaders even unilaterally postponed elections to extend their political tenure, under the guise of fighting the spread of COVID-19.

In short, the future of democracy in Africa remains uncertain. There are growing concerns that leaders with despotic tendencies may continue to exercise authoritarian-style leadership, extending the restrictions and curtailments of the rights of citizens which have been justified by the COVID-19 pandemic.

As for the Middle East, countries in the region are well-documented as the least democratic globally. Israel appears as an exception, ranking 28th worldwide, as a flawed democracy, in the Democracy Index 2020. However, the US based Freedom House index, and other globally recognized democracy indices report low performing countries such as Lebanon, Kuwait, Turkey, Jordan as having the highest scores in the region in relative terms. Yemen and Saudi Arabia lag with the lowest scores, with authoritarian regimes which have little or no appetite for democratic reforms.

A decade after the Arab Spring – a domino effect of uprisings, anti-government protests, and even armed rebellions in the region – any significant form of democratic transformation is yet to be seen. The International IDEA Global State of Democracy – In Focus January 2021 report outlines that stalling. There has been a changing of the guard but no substantive structural and institutional change. Notwithstanding the resistance to democratic reforms in the region, young people’s values are rapidly shifting towards democratic governance, with youth exercising their rights to dissent and protest as in Palestine in 2019. In Jordan in 2018, and Iraq and Lebanon in 2019, calls for change prompted their respective Prime Ministers to resign.

As in Africa, authoritarian leaders in the Middle East leveraged the COVID-19 outbreak to further entrench their political authority, imposing disproportionate measures that observers have suggested may have been intended to suppress critics and opponents. Some countries have seemed slow to relax restrictions; should restrictions remain as the ‘new normal’, whatever minimum cosmetic reforms were previously achieved would be totally wiped out.

Democracy’s future across Africa and West Asia is deeply uncertain. After several years of democratic retreat, the COVID-19 pandemic brought opportunities for greater restrictions on political freedoms. Hope for real democratic transformation may lie with the youth and future generations. The Arab Spring, and subsequent protests, have demonstrated the determination of young people’s commitment to freedom and liberty; therefore, it is hoped that governments across the region see the value of refocusing on democratic reforms. 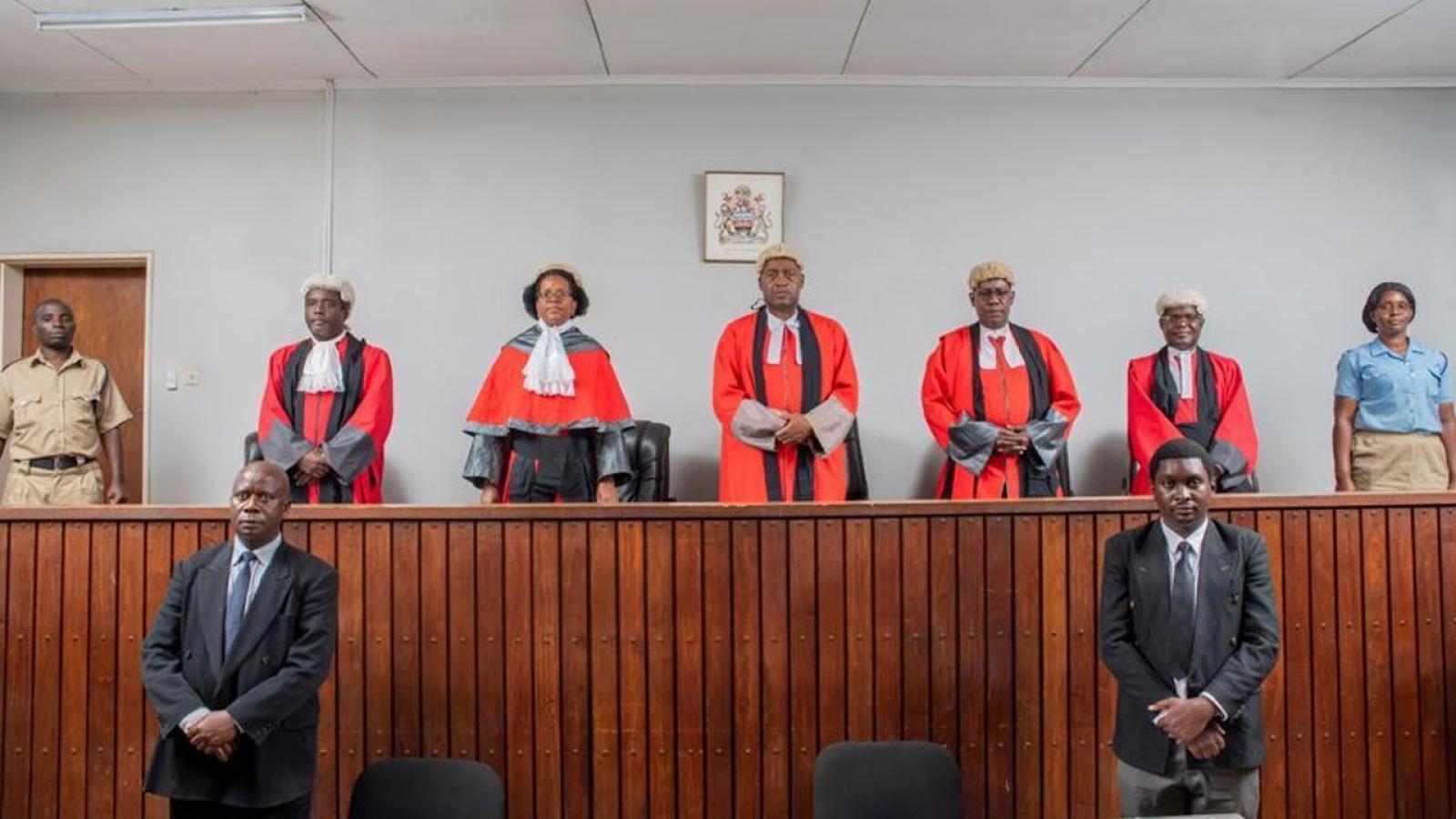