Juba – As the country commemorate the 38th anniversary of the founding of the SPLM/SPLA, President Salva Kiir has assured the South Sudanese of ending the harsh living conditions with the restoration of stability.

The day is marked on May 16, every year. In May 1983 some mutinies broke out in the barracks of the Sudanese army in the southern regions, most notably in Bor, and also at Ayod, Pochalla, Wangkai, and Pibor.
The SPLM/SPLA aimed to establish an autonomous Southern Sudan, initially within a united Sudan.
Its military actions against the Sudanese government became the Second Sudanese Civil War that would last until 2005.

After South Sudan gained its independence in 2011, the SPLA became the army of the new country.
However, jubilations and Joys of the 2011 independence, were short-lived after the SPLM leadership plunged the country into a bloody civil war in 2013, killing thousands and uprooted millions out of their homes.
In his message to mark the 16th May-SPLA Day, the president saluted the forefathers of the SPLA that fought against the Sudanese regime, in wars the culminated in the cessation of South Sudan.
President Kiir applauded the organized forces for their dedication in the face of mounting challenges.
“Things will not remain this way for long,” said president Kiir. “With  progress in the implementation of the peace agreement, “there is a silver lining on the horizon.”

The revitalized transitional government was formed last year per the 2018 peace deal ending the country’s five-year civil war, but the peace process has remained Fragile and is facing delays in implementation.
The formation of a unified army is still on hold due to a lack of funding as more than 25,000 soldiers have yet to graduate from cantonment sites across the country.

Many of the soldiers have reportedly deserted the training centers over inadequate food and medical supplies.
But President Kiir also praises national progress on the peace implementation, adding  the government intends to restore stability and called on the general public to support the process.

‘Our intention in this process is to restore stability in our country and I call upon all of you to fully support us in this process by embracing peaceful coexistence and shunning violence. Long live the history of our liberation struggle and long live South Sudan!’

President Kiir further pointed out the governments’ effort in serious engagement with the hold-out groups opposed to the unity government across the country towards peace.
The East Africa’s youngest nation is approaching 10 years of its independence anniversary, but numerous challenges remain as well as the 2018 peace deal remains fragile.

The UN says many people are struggling to have regular meals as full implementation of the 2018 peace agreement delays. Economic hardships also mean civil servants and the army go for months without pay.
More than two-thirds of South Sudan’s population, or 8.3 million people, are estimated to need humanitarian assistance in 2021.
Humanitarian organizations are targeting 6.6 million people with humanitarian assistance and protection services this year. 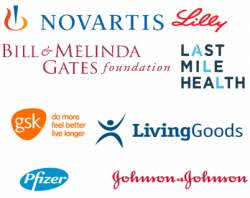