While some of us have been thinking that the root of the problem between Rwanda and Uganda is known by  two heads of states, and  they could  take the first step to end the row,  this came as a surprise and discouraging when Rwanda’s Paul Kagame revealed that he does not know the real issue!

In his first remarks,  President Kagame sounded diplomatic by calling Rwanda’s neighbours by their names, proclaiming that DR Congo and Tanzania have excellent relations with Rwanda and that Burundi is leading the way in improving relations.

“We have only four neighbours. We are at peace with them. We used to have two enemies – the second of the two is the country to our south, which is Burundi. With Burundi we are on the way to understanding one another. Burundians and ourselves seek to live in harmony. Burundi is showing the will. With Democratic Republic of Congo, we have solved our problems and we are collaborating in sorting out previous issues, unlike in previous years. We have never had any problems with Tanzania. We work with them very well.

He however told RPF cadres that they have issues with only one neighbour country to the north,  in words that could have sounded, interpreted as a warning or wake up call to prevent any eventuality noting that he has built a strong house which is impenetrable to uninvited guests who will be repulsed with ease.

With the neighbouring country to the north, they have a question which I have failed to understand. “I lived there, I worked with them, but if you ask me the root of their problem with us, I can’t really tell the matter;”.

“In conclusion, about this matter, I will thatch my house properly to protect me from the rain. We will install very strong doors so that nobody can force in to rob my properties. If anyone dares invade my house, I will repulse you without any difficulty.” 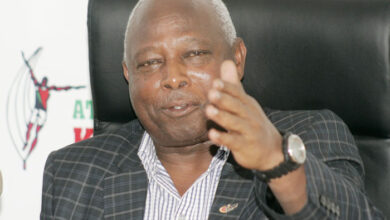