President Uhuru Kenyatta calls for more partnerships between American and Kenyan small and medium enterprises (SMEs) to open the enormous trade potential between the two countries.

The Head of State urged American SMEs to invest in the country by having mutually beneficial arrangements with their Kenyan counterparts during the US Chamber of Commerce Global Leaders’ Forum on Economic Recovery on Tuesday evening.

Mr. Kenyatta said SMEs have great potential to drive Kenya’s economy to a higher level by changing the livelihoods of many people at the grassroots levels.

He said American cooperates are in the country, but they do not have the means to drive inclusive growth as SMEs.

“This is where the real opportunity lies. This is not to say that we are telling the big boys not to come in, they are already here. The big corporates are already here. But they don’t have the capacity to propel inclusive growth as the small and medium enterprises that have a much greater capacity of affecting lives and changing the livelihoods at the grassroots level,” President Kenyatta said.

Kenyatta asked American enterprises to establish businesses in Kenya, noting that the country provides a ready market for US products and has a growing economy supported by an innovative and highly skilled young labour force ready to absorb American investments and technology.

“I believe this is a mutually beneficial relationship that offers investment opportunities with great returns for American companies while at the same time offering job opportunities to Kenyans,” he added.

The President also noted that he is keen on concluding the free trade agreement with the US.

He noted Kenya focuses on using green sources of electricity to power the country’s agriculture and industrial sectors.

“Kenya is, for example, ranked among the top 10 in the world because we now have almost 90 percent of our power coming from green sources – be it geothermal, wind or solar as well as hydro which has been the traditional source in Kenya for a very long time,” the PresidentPresident reiterated.

At the same time, he also advocated for increased availability of vaccines to African countries, saying his government approach has assisted in lowering the rate of infection. 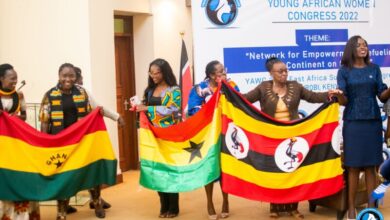