–False claims that Angola does not respect the rule of law were debunked says Lead Attorney Michael D. Ehrenstein

The Republic of Angola is pleased with the result in this case—not just because Angola “won”—but because this righteous victory rejected false claims that Angola does not respect the rule of law, says Attorney Michael D. Ehrenstein on a New York Court ruling that threw out a 1.1 billion lawsuit against President Joao Lourenco’s country.

Working in tandem with Henrique Abecassis in Lisbon as client liaison, Marc Rosen in New York as local counsel, and himself as lead, Attorney Michael D. Ehrenstein successfully defended Angola in the suit filed by Aenergy on claims that contracts for construction and maintenance of power plants were wrongfully terminated.

Responding to questions from Pan African Visions, Attorney Ehrenstein thinks that the court’s acknowledgement that Angola is an adequate forum might bolster foreign investors’ confidence when investing into Angola-especially when combined with the landmark reforms underway.

May we start with an understanding of the issue that was at stake between the government of Angola and Aenergy and why the case was heard in New York?

Michael D. Ehrenstein: Aenergy claims that the Republic of Angola wrongfully terminated contracts worth $1.1B for the construction and maintenance of power plants in Angola.  On the other hand, Angola contends that Aenergy ruptured its contractual relationship with Angola by misappropriating Angola’s funds to purchase extra turbines for its own account—all without Angola’s knowledge or consent, and contrary to the terms of the parties’ agreements. Aenergy initially sought judicial relief in Angola.  But its efforts in Angola have failed, at least so far.  Apparently seeking a more favorable reception from a different court, Aenergy initiated suit in the United States District Court for the Southern District of New York. Angola asked the New York Court to dismiss the action because the case belongs in Angola, and only Angola— the place where the parties contractually committed to resolve their disputes.

We understand the Judge had a favorable ruling for you and the government of Angola, can you sum that for us?

What was the reaction of your clients the Angolan government to the verdict and what does this change in issues it has with Aenergy?

Michael D. Ehrenstein:  The Republic of Angola is pleased with the result in this case—not just because Angola “won”—but because this righteous victory rejected false claims that Angola does not respect the rule of law.  That invective is belied by well-documented and comprehensive reform effort underway in Angola that includes as a key component a robust anti-corruption effort and improvements in good governance These and other reforms, such as strengthening the judiciary and increasing the capacity and transparency of government institutions, enjoy strong support from the International Monetary Fund, the World Bank, the United States, the European Union, and many others.  As for Aenergy, it may still choose to pursue its claims in Angola.

How long did the case go for, and what message does it send to investors in Angola and Africa?

Michael D. Ehrenstein: The US case lasted for just over one year. While I am no expert on foreign investment into Angola, one would think that a United States federal court’s acknowledgement that Angola is an adequate forum might bolster foreign investors’ confidence when investing into Angola-especially when combined with the landmark reforms underway

Prior to the case, and defending the government of Angola, did you have any prior experience representing a foreign government?

Michael D. Ehrenstein: Yes.  Actually, I previously represented Angola in another dispute in the United States concerning power contracts.  And I have previously been involved in litigation and arbitration involving select sovereign entities in various contexts.  It is a part of my practice that I find truly fulfilling because the results of my effort in court can translate very directly to benefits for the client—not the government itself, but the citizens of the country represented.

Are cases like this common nature, I mean where a company doing business in Africa is sued in a US court?

Michael D. Ehrenstein: Though not “common”, business disputes between African countries and their contracting partners occasionally end up in US courts.  The frequency of such matters appears to be increasing.

The African Energy Chamber through its Chairman NJ Ayuk said the ruling reinforces the hope that African countries and Africans have when it comes to the fairness of the American judiciary as compared to many rulings against Africans in the UK and European courts, that have been seen as biased, any word on this reaction and others you may have received?

Michael D. Ehrenstein: I agree with my friend NJ Ayuk that American courts are fair.  I cannot comment on whether any particular decisions from the UK or Europe against Africans were in fact unfair or biased.  But—considering the sheer size of some of the awards against African countries and the speculative nature of certain damage models used, I can certainly understand the perception of many Africans that some of these decisions were unfair.  And that perception of unfairness is a real problem because it undercuts the legitimacy of the decision and makes it politically challenging to comply with the decision. I hope that African sovereigns and businesses alike continue to recognize the fundamental fairness of our US courts.

What are some of the lessons you drew from the case, what advice would you have for African countries and for potential investors to avoid the kind issues that prompt this kind of cases?

As one of America’s founding fathers, Benjamin Franklin famously wrote: “an ounce of prevention is worth a pound of cure.”  I would advise all sovereigns and businesses to invest time and effort in the negotiation of their contracts to specifically spell out a detailed dispute resolution clause, including choice of forum, choice of law, choice of venue, and choice of language. This ounce of prevention can alleviate significant expenditures of time and money fighting over process rather than the merits once a dispute erupts.

Choose the right team—lawyers who are knowledgeable, passionately committed and have the resources to effectively advocate for the client.  Often, that does not mean choosing the biggest firm.  In this case, Angola smartly engaged the right team—including Henrique Abecassis in Lisbon as client liaison, Marc Rosen in New York as local counsel, and me as lead.  I am proud to say that we were the right team for Angola in this case. 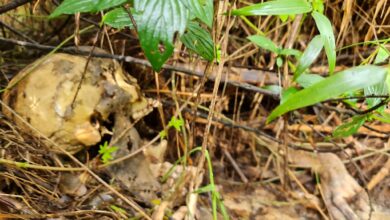