-By industry leading research insistution Counterpoint’s most recent report, TECNO is recognized as one of the few brands that have make break-throughs in AI-enhanced mobile photography and videography.

HONG KONG – 30 April 2021 -/African Media Agency(AMA)/- Counterpoint Technology Market Research, a global research firm specializing in products in the TMT (technology, media, and telecom) industry, recently released a whitepaper named: “Technology Convergence Clicks in Smartphone Cameras”. The report charts the intertwined evolution of both the smartphone and camera technology and predicts that both these ecosystems will be increasingly dependent on each other for progress, given current trends in Artificial Intelligence (AI) computing power in smartphones. In its report, Counterpoint has cited TECNO, a rising global smartphone brand, and its upcoming CAMON 17 Pro as a stellar example of a modern phone that embodies this trend, incorporating camera technology, AI, scene recognition and more into a technologically advanced everyday product.

Bringing together camera technology with smartphones has been a core tenet of user demands since its introduction 20 years ago, with the release of Japan’s Kyocera VP-210 in 1999. Today, more than one-third of all smartphones have 32-108 Megapixels (MP). This is the most common band, of which 48MP and 64MP seem to be considered the mainstream currently. The CAMON 17 Pro is representative of this category and bring the selfie experience to the new high with its 48MP front camera. As 108MP or even higher is a trend of competition, TECNO shared that consumers have two options – either through high Magic Pixel function or computational photography system at software level. According to Counterpoint, it “expects this high-resolution trend to continue into the 5G decade, aiming to realize the human-eye capable perception”.

Expect not only the phones, but also the cameras to get smarter, as AI plays an increasing role in smartphone development. Smartphone AI is now capable of assisting user to edit right from their phones. User-friendly editing tools help the average user to perform complex effects and functions without flipping through thick instruction manuals. AI has helped in removing or reducing background noise and clutter, conceal blemishes and re-engineer body shapes to an appreciable degree. Counterpoint uses the example of TECNO’s TAIVOS (TECNO AI Vision Optimization Solution) technology, which is an advanced signal processing technology that interprets raw data through an AI multi-framed, portrait segmentation based on tens of millions of data points, which can filter image noise better and optimize image clarity, thereby enhancing night photography effects. TECNO’s CAMON 17 Pro brings the next generation of TAIVOS into the hands of users, as its robust imaging system has proven to fit into various complexions and social environments. The Super Night Mode in CAMON 17 Pro supported by TAIVOS adds unrivalled clarity to the photos even when they are taken in the dark. TAIVOS enables 1.6 μm camera let in more light and optimize details against a low-light background.

The new features and innovations powered by AI are expected to play a more critical role for smartphone makers in differentiating their products, predicts Counterpoint. One of the main pillars supporting a selfie generation is not just the ability to take stunning pictures, but that of storing them as well. The handphone has well and truly become a portable computer wrapped snugly in our hands. Users now demand storage of thousands of photos and videos, as well as hundreds of apps, all in a palm-sized phone. As users get more enthusiastic about the selfie culture, the hours spent on this habit get extended subconsciously, calling for longer-lasting battery life. To this end, TECNO CAMON 17 Pro’s 8GB RAM and 256GB ROM will go a long way in ensuring seamless switching between applications and a smooth experience throughout. And its huge 5000mAh battery is helpful in preventing those awkward or frustrating moments when the battery dies out. Flash charging capabilities also mean that such dire situations can be salvaged when inevitable.

However, there is still much to do in bringing AI and smartphone hardware together. One of the greatest criticisms of the handphone has always been the low utilisation of features. With these latest developments in the TECNO CAMON 17 Pro, this point has been thankfully addressed. These new features are all pertinent to the identified needs of users – the taking, editing, and storing of selfies. These upgrades make a lot of sense and are significantly more applicable than their predecessors. It is an exciting era we are looking at whether it is through the lens of a state-of-the-art selfie or an AI-enhanced video.For full report, please refer to counterpoint.

Distributed by African Media Agency on behalf of TECNO Mobile.

"I wanted to be able to act and fit in on any set, anywhere in the world..." -Erica Nlewedim 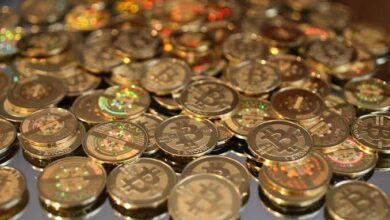 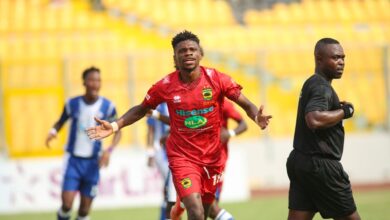