SOLWEZI, ZAMBIA – In April 2018 Charity Malasha’s life was trapped in a viscous cycle of poverty. At age 12 she had already dropped out of school, was a petty trader and in all probability was destined to become a teenage mother and if ‘lucky’ a wife. There was nothing ahead in her life but doom and gloom – one of the several hundreds of thousands of girl children in Zambia whose potential is never given a chance to blossom.

A bright brain destined for gloom

Charity must have daily looked with anguish in her heart at girls her age who were in the school, knowing that she was never going to have the same chance of a bright future that they had if they continued in school. The pain must have been heavier because Charity knew that she was a bright girl who would have excelled if she had been in school.

Charity’s fortunes however took a dramatic turn for the better one day, all due to a chance encounter with Bruce Lewis and his team from Kansanshi Mining Plc, who were visiting her ‘marketplace’ – Kyalalankuba Primary School – where she was selling home-made fritters.

The visitors were on a tour of schools supported by the company in preparation for the company’s annual sustainability report. Bruce’s keen eye caught what many would not have noted: a school-age girl selling fritters at a school instead of being in school. He asked one of his team members, Tenso Kalala, to find out why. On learning that the family could not afford to keep her in school, Bruce asked whether Charity would like to go back to school if someone offered to pay for it. It did not sound to Charity at that moment that this could be a life-changing conversation. She casually said she would indeed go back to school if there was a benefactor. The visitors left her to continue with her ‘job’. But their interest did not stop there. At Bruce’s request, Tenso checked with the head teacher whether the school would take Charity if someone paid the required fees. On hearing that the school would admit Charity, Bruce paid the required fees there and then. Charity was a pupil once again! What a turn of events.

Charity came from a poor family that could not afford to send her to school. The fact that primary education in public schools in Zambia is tuition-free did not make it easy enough for her parents. They still could not afford to buy her the uniform and the exercise books that she needed to be in school. Money for school was a luxury the family could not afford when they were struggling to put food on the table. Charity’s education was sacrificed.

At home and with nothing to do Charity took ‘a job’ selling fritters for a neighbour at the very school where she had once been a pupil. It must have been painful for Charity.

Without losing any time, Kansanshi put Charity on the company’s financial assistance list, bought her all she needed, and the girl was in school again.

A bit over-age, but Grade 5 was the most suitable grade for her to join. Life had never been sweeter for Charity. She took to school with enthusiasm. No adversity could keep her away from school. Not even the relocation of her parents to a different part of town where it was impossible for Charity to commute daily to school could stand in Charity’s way. She wanted to be in school. By God’s good grace, the lady that Charity used to sell fritters for offered Charity a home until she completed her primary education. With that problem sorted out Charity turned to her books with the tenacity of a bull fighter. She had a lot of catching up to do.

Kyalalankuba Primary School distinguished itself not by the resources it had but by the heart and commitment to duty of the head teacher and her staff. The majority of children who attend this school can barely read and they lag behind expected levels of performance by several grades. Over and above the commitment of the school, it takes remarkable determination by the pupils and consistent home support for any child to stand a chance of passing the final primary leaving examinations with points good enough to progress to a good secondary school. Charity only had the dedication of her teachers and her indomitable spirit to rely on as she soldiered on towards completing primary school.

The results of Charity’s tenacity quickly showed in her academic performance. Within one year of returning to school, Charity changed from being the dropout girl to top of her class!

Kansanshi Mining was overjoyed and put Charity in a much better school – Sentinel Kabitaka School.  Sentinel Kabitaka is arguably one of the top three schools in the whole of the North-Western Province of Zambia, offering an international Cambridge curriculum as well as the local Zambian curriculum.

But Kansanshi’s efforts to secure a place for Charity at Sentinel Kabitaka were not without challenges. Even though the management of Sentinel Kabitaka had bent backward to consider Charity for their school, Charity did not pass the assessment given to her by the school. Although she was nearly 13 years old, she was assessed to have the reading age of a nine-year old. Excitement by all involved quickly turned into disappointment. But nobody gave up. Charity returned to her school to work towards the national Grade 7 examinations.

If one needs proof that determination yields positive results look no further than Charity Malasha. Notwithstanding all the factors that militated against her success in the national examination, Charity passed quite well. She was over the moon with excitement; so were the Kansanshi staff that had worked hard to put Charity back in school. With these results in hand, perhaps Sentinel Kabitaka would be persuaded to take another look at the girl.

In Zambia it operates the Kansanshi mine – the largest copper mine in Africa by production – and smelter and the Sentinel mine in Kalumbila.The company is listed on the Lusaka and Toronto stock exchanges. 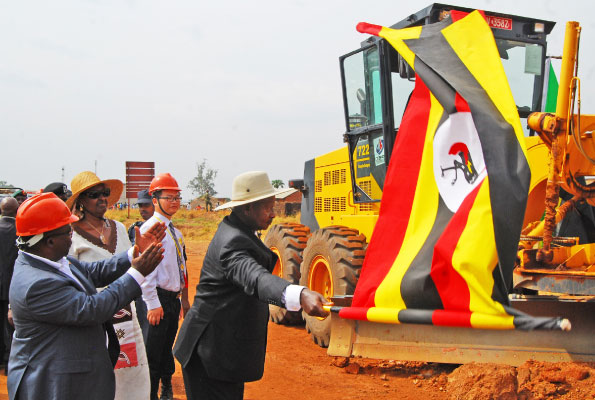