A technical team from regional body the Southern African Development Community (SADC) has arrived in Mozambique to assess the security situation in Cabo Delgado province and the type of support the body can provide.

The arrival of the team, whose deployment was agreed at SADC’s meeting two weeks ago, is to prepare a report to be presented at SADC’s security summit on 28 and 29 April in Maputo.

The forces sent to Mozambique were more or less the size of a platoon, which usually numbers up to 50 soldiers, and were operating under Mozambican leadership, the source said.

Regional security chiefs are also working on plans to send in the so-called standby force of SADC, ahead of a meeting of the body’s security ministers on 28 April. A spokesman for the Zimbabwean military denied that special forces had been sent to Mozambique.

Meanwhile, shooting can still be heard almost every day in the town of Palma in Cabo Delgado province, almost three weeks after the insurgent attack on the town. The residents there want to leave but cannot find a way out. Roads have been closed as a result of the insecurity.

A flight from the nearby Afungi peninsula to Pemba, the provincial capital, costs MZN20,000 ($324), and only one boat is available for exit by sea, which requires a lot of effort, luck, influence or spending, to get a place on.

Also, Mozambican refugees are still struggling to cross the border into Tanzania. Tanzanian authorities have been reluctant to allow them entry and, following a screening, are returning refugees to Mozambique through the border crossing of Negomano, in Mueda district.

Nevertheless, people are still attempting the 60 km walk to the border, despite fear of hunger or being kidnapped by the insurgents. 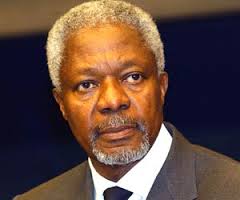