“Once, you have a vision and you pursue your dreams, you will succeed. Things would be tough and hard but you need to have the resiliency and spirit not to stop when tired but when done! Don’t just have goals, have visions of changing the world. Don’t focus on the money, make money a tool to make things happen,”

These are the words of one of Ghana’s finest entrepreneurs and CEOs in the marketing and technology landscape.

One of Ghana’s finest Entrepreneurs

Jacob Kwaku Gyan was born in one of Accra’s most deprived communities. He worked in his father’s mechanic shop, and a shoemaking shop near his father’s home all the while hawking with his mother as a means to boost his income stream.

Jacob Kwaku Gyan also tried several businesses like music, football, and journalism. None, however, brought him to the vision he envisioned for his life.

He later gained employment as a Regional Coordinator for Programs, student affairs, and public relations of the SRCs at Ghana Education Service. His hard-working upbringing developed in him, what he calls a “street” entrepreneurship sense. This street entrepreneurship sense led him to quit his job at Ghana Education Service to pursue that unique opportunity that will change his world.

One of Ghana’s finest entrepreneurs – Establishment of Adroit 360

Adroit 360 was established in June of 2015 with Kwaku Gyan having to face various hurdles in the companies initial establishment. Jacob Kwaku Gyan had the idea of developing web solutions and customized software development for businesses. This happened after he met a boy who told him about programming on his way to cover a story during the journalistic phase of his career development.

Despite the aroused interest in programming, Jacob Kweku Gyan did not own a computer so he had to borrow one. Also, he couldn’t write a line of code so he hired a personal teacher who assisted him in the development.
Subsequently, his company was contracted to develop apps for medium, to large companies. This was after he carefully gained the necessary training on developing web solutions and software for businesses

Currently, Adroit 360 employs over 20 people and has expanded its clientele base to include international organizations.

One of Ghana’s finest entrepreneurs – Recognition and Awards

Jacob Kwaku Gyan’s tenacity and perseverance in establishing Adroit 360 have garnered him several sterling awards and recognition.
In 2016, Adroit 360 won a spot in the Ghana Multimedia incubator as a start-up tech company.
In July of 2018, Adroit 360 was featured in the Ghana Business and Finance Magazine. Jacob Kwaku Gyan has also been interviewed on several platforms like Reuters Africa and the KSM show.
Jacob Kwaku Gyan also won a place as part of cohort 3 of the President Barack Obama Young African Leaders Initiative (YALI).

Merck Foundation Africa Asia Luminary 2021, 8th edition to be conducted on 27th to 29th April 2021, with 19 African First Ladies as Guests of Honor 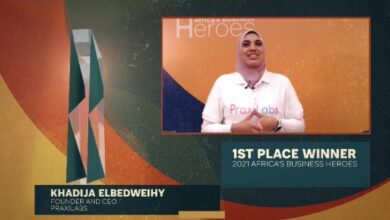