Following the court sitting of 19th April 2021, in the matter between Alfred Peter Conteh, and the Ernest Bai Koroma illegal executive, Alfred Peter Conteh who is now tagged as the grassroots Moses in the APC party has slayed  the tyrants’ leadership of Ernest Bai Koroma. This great news came just as Justice Adrian Fisher; the Presiding judge slammed an injunction against the Ernest Bai Koroma executive restraining the rest of the executive from taking part in any activities of the party running up to the emergency adoption of the amended 1995 constitution of the party.

Being the sole plaintiff of the current case, Alfred Peter Conteh came out victorious in today’s ruling after the court slammed an interlocutory injunction against the failed APC leadership. This to many was seen as the new dawn a new APC that could now allow a participatory politics instead of the chosen fewism methods. Today, the legal system of Sierra Leone has again shown tremendous respect for themselves as most people think EBK will use his stolen money to get the court to his side. Justice has been served for the suffering supporters of the APC whom for long have been discriminated because of status or title. Today, as the court adjourned for another sitting, a new dawn has reached the  APC. The end of tyranny. 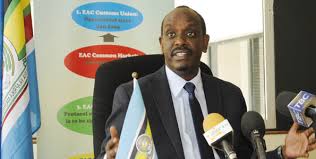