The East African Procurement Forum (EAPF) that was held in Kigali ended with a call for institutions in charge of Public Procurement to embrace digitalization ways in tendering to ensure fast and transparent services.

The two-day event ended on Friday, April 16, and brought together over 300 participants including heads of Public procurement Institutions, members of the private sector and civil society organizations from Kenya, Uganda, Burundi, South Sudan, Rwanda, and Tanzania.

It was held under the theme “Strengthening integrity and accountability in public procurement for an effective emergency response.”

Speaking during the closure of the meeting, the Minister of State in charge of the National Treasury Richard Tusabe urged delegates to embrace digitalization, harmonize regulations and continue working together and tirelessly to address current and future challenges of the Public Procurement industry.

“COVID-19 pandemic and associated preventive measures affected tendering processes. There is a need to place rights mechanisms that will help confront future calamities by including in our legal frameworks, provisions flexible enough to cater for emergencies,” he said.

Officials also said that public procurement plays a central role in good governance when it is characterized by transparency, integrity, and fairness among other virtues.

They said that all Public expenditures are done through public procurement, literally, the international budget excluding salaries and a few other budget lines.

Such larger amounts of public spending create the temptation to corruption, the reason why there is need proper legal and regulatory frameworks for public procurement and their proper enforcement, according to the officials.

Rwanda has in 2017 adopted the Umucyo {Transparent} –e-procurement System portal through which bidders submit their proposals and quotations, reducing physical interaction between them and procurement officials.

Since then, according to statistics by the Rwanda Public Procurement Authority (RPPA), 19,850 tenders were published, about 85,000 bids processed, and 16,976 contracts were awarded to competent bidders through the portal.

A total of 210 procuring entities used the system.

Harmonized way of responding to problems

According to Joyeuse Uwingeneye, Director General of RPPA in Rwanda, the meeting served as an opportunity to discuss how to harmonize those initiatives and learn from each other.

“As EAC, our legal frameworks have to be interconnected,” she told the press.

“The outcomes will shape the way our legal and regulatory framework are improved to cater for emergency procurement under similar circumstances such as Covid-19 and other force majeure,” she added.

The East African Procurement Forum is hosted by EAC member countries on a rotational basis every year. In 2019, it was hosted by Tanzania and due to COVID-19, it could not take place last year. 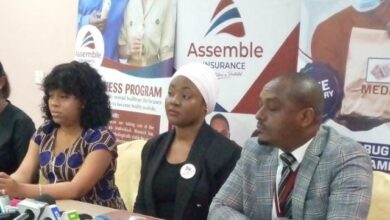