President Mnangagwa on Wednesday 6th April addressed African Heads of State, Multi-lateral organisations in climate-change, United Nations Agencies, institutions and the general population on a virtual platform from State-House in Harare calling the World to take action on climate change.

The dialogue organised by the African Development Bank and the Global Centre for Adaptation looked at how Zimbabwe by 2030 can be a Green Economy through the combatting of climate change. The country is driving up the ladder to become a Middle-Income Economy fighting its economic challenges and climate-change.

The dialogue specifically looked at covid-19 impact on climate change mitigation report. Countries of the World remain on the edges in terms of their economies Gross-Domestic-Product severely affected by climate-Change, a natural phenomenon likely to continue in the covid-19 era.

President Emmerson Mnangagwa said for Zimbabwe to become a middle-income –economy, there is need to fight effects of climate-change that remain a draw-back to the whole world especially the developing World.

‘’For the country to achieve a middle income  economy by 2030 there is all need to fight climate-change especially in this covid-19 era it helps reduce the adverse effects .’’

‘’Mitigation and resilience in the face of national adaptation programs remains crucial in this fight to become a green economy by 2030. Countries needs to adapt to climate change then mitigate and become resilient and stronger’’.

The developing World has faced the striking swipe which President Mnangagwa takes head-on blows blaming the Western World for release of more emissions responsible for climate- change .  Africa has less than 3%  carbon emissions constituting less tons not likely to affect the world . Countries like USA , Canada and China have more gas emissions which affects the world at high rate .

‘’We as a country, we have long term low emissions development strategies. These in turn lower global temperature increase.’ Therefore climate smart Agriculture is important for us to remain vibrant in the fight. At the same time water harvesting and infrastructural development is crucial

‘’ Africa that is more affected as developing world yet its emissions are low. The developed world should therefore take the task to help us ‘’.

International Monetary Fund Managing Director Ms Kristalina Georgieva said the organisation will soon release Special Drawing Rights. These are meant to resuscitate economies in the covid-19 era in which economies are severely ravaged by the pandemic.

‘’SDR are International Reserve Assets. They help to supplement member countries official reserves. ’These are held by central banks. They can be exchanged for hard currency with another Central Bank. They are used to determine a country’s credit -worthiness’’

‘’IMF is expected to release US$650 billion worth of SDRs to boost country reserves,’’ she notes. 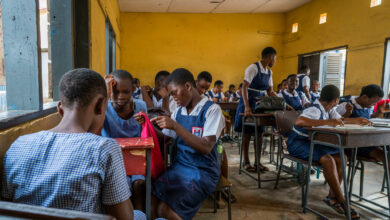