About 12,800 refugees have now left the town of Palma in Cabo Delgado province following the recent terrorist attacks on the town, of whom 43% are children, a spokesman for the United Nations (UN) has said.

The UN had provided help to 500,000 people in Cabo Delgado since the beginning of the year and was closely monitoring new reports of violence against civilians, beheadings and the use of child soldiers, he added.

The secretary-general of the UN, António Guterres, said that the organisation was working with Mozambique to help address the root causes of the violence and respond to immediate humanitarian needs. The UN urgently needed $254m to fund its humanitarian response plan to help 1.1m people, he added.

Due the situation, seven ministers and one secretary of state make up a task-force created by President Filipe Nyusi to respond to the humanitarian crisis caused by terrorism, in particular the attacks on the town of Palma.

Meanwile, on Thursday, leaders from Southern African countries have agreed to immediately send a technical team to Mozambique to assess what it needs to fight terrorism in the north of the country.

The team is due to arrive in Mozambique by 16 April and must report back to ministers by 28 April, who in turn will report to an SADC security summit on 29 April.

Zimbabwean President Emmerson Mnangagwa went further than the official communique, telling reporters that the leaders “agreed that the SADC Force should be resuscitated and capacitated immediately so that it can intervene.”

SADC’s Force Intervention Brigade (FIB) is made up of troops from South Africa, Tanzania, and Malawi. 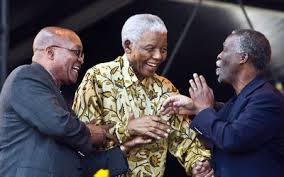